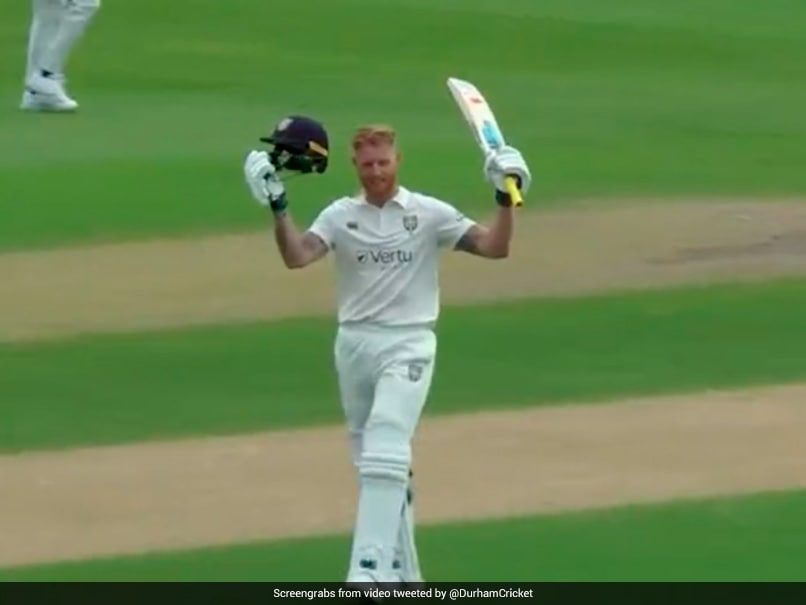 Ben Stokes hit 5 sixes and a four in a single over in County cricket.© Twitter

In his first innings in county cricket after being appointed as the England Test skipper, Ben Stokes blasted his way to a 64-ball century for his county side Durham against Worcestershire at New Road on Friday. Stokes reached his hundred in scintillating fashion as he hit five back-to-back sixes off Josh Baker in a single over to reach the three-figure mark. Stokes took on the bowlers and suddenly switched gears after reaching his half-century in 47 balls and needed just 17 deliveries more to score the next 50 runs. Stokes came in at number six and batted with complete positive intent right from the word go.

Here are the clips of hitting hitting sixes and reaching his ton in style:

FOUR SIXES IN A ROW

Recently, Stokes was appointed as the Test skipper of the England men's cricket team after Joe Root had decided to step down following series losses vs West Indies and Australia.

Stokes' appointment could mean a fresh start for England who have struggled in this cycle (2021-2023) of the World Test Championship (WTC).

England are currently at the bottom of the table with only one win in 13 games so far. The table is led by Australia with 5 wins from 8 matches followed by South Africa and India in the 2nd and 3rd places respectively.