The two nations have not played a full-series since 2007 due to the terrorist attacks on India by Pakistan-based outfits and the resultant diplomatic tension. 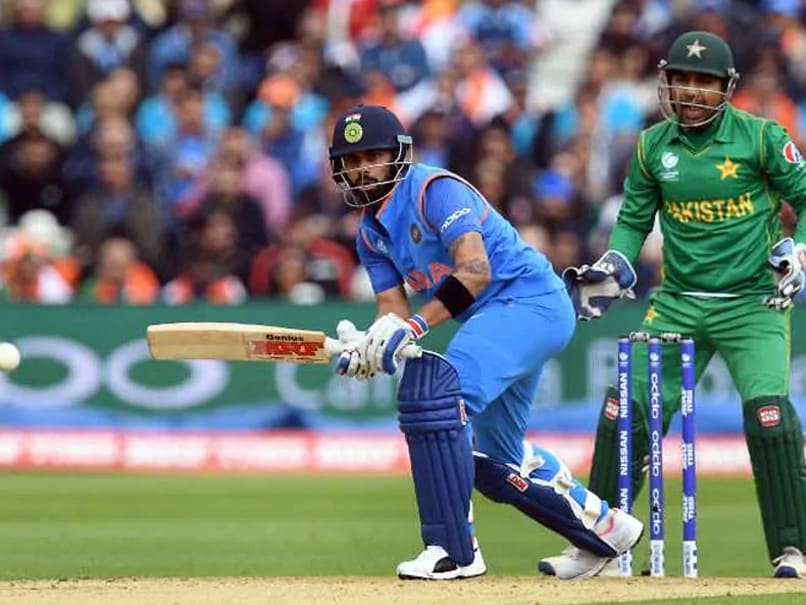 India and Pakistan last played against each other in the World Cup 2019.© AFP (File Photo)

Former Pakistan pacer Shoaib Akhtaron Wednesday proposed a three-match ODI series against arch-rivals India to raise funds for the fight against the COVID-19 pandemicin both the countries. The two nations have not played a full-series since 2007 due to the terrorist attacks on India by Pakistan-based outfits and the resultant diplomatic tension. They only play each other in ICC events and Asia Cup. "In this time of crisis, I want to propose a three match series in which for the first time, the people of neither country would be upset at the outcome of the games," Akhtar told PTI from Islamabad.

"You are bound to get massive viewership for the games. For the first time, both countries will play for each other. And whatever funds are generated through this can be donated equally to the government of India and Pakistan to fight this pandemic," added the 44-year-old.

With both countries in a lockdown amid the fast-spreading pandemic, the games can only be organised when things improve.

However, Akhtar feels the sooner they are held, the better it would be but could not tell how the logistics of such an initiative would be worked out.

"Everyone is sitting at home at the moment, so there will be a massive following for the games. May be not now, when things start improving, the games could be organised at a neutral location like Dubai. Chartered flights could be arranged and the matches could he held.

"It could even lead to resumption of bilateral cricketing ties and relations of both countries improve diplomatically. You never know," said the 'Rawalpindi Express'.

"The whole world will tune into it, so much money can be raised to deal with this crisis. In difficult times, the character of the nation comes forward."

In these extraordinary times, Akhtar feels both countries should help each other.

"If India can make 10,000 ventilators for us, Pakistan will remember this gesture forever. But we can only propose the matches. The rest is up to the authorities (to decide)."

India cricketers Yuvraj Singh and Harbhajan Singh were recently trolledfor asking their social media followers to donate to Shahid Afridi's charity foundationwhich is doing its bit in Pakistan's fight against the deadly virus.

"It was inhuman to criticise them. It is not about countries or religion at the moment, it is about humanity," he opined.

Akhtar has spent a lot of time in India as a commentator. He fondly recalled his days in Mumbai during the World T20 in 2016, the last time he came to India for work.

"I am forever grateful about the love I have received from the people of India. For the first time I am revealing this, whatever I used to earn from India, I made a significant amount there, thirty percent of it, I used to distribute among the low income staff who used to work with me in the TV," he remembered.

Akhtar used to visit the city's slum areas with his face covered to hand out financial help to elder women there.

"From drivers, runners to my security guys. I took care of a lot of people. I was like if am earning from this country, I have to help my colleagues also.

"I also remember visiting slums of Dharavi and Sion in the wee hours to meet people I worked with," added Akhtar.

Pakistan Cricket Team Shoaib Akhtar Cricket
Get the latest updates on Olympics 2020, Olympics 2020 Medal Tally, Live Cricket Score . Like us on Facebook or follow us on Twitter for more sports updates. You can also download the NDTV Cricket app for Android or iOS.