Known to give opposition attacks nightmares, Chris Gayle is keen to keep sending bowlers on a leather hunt. 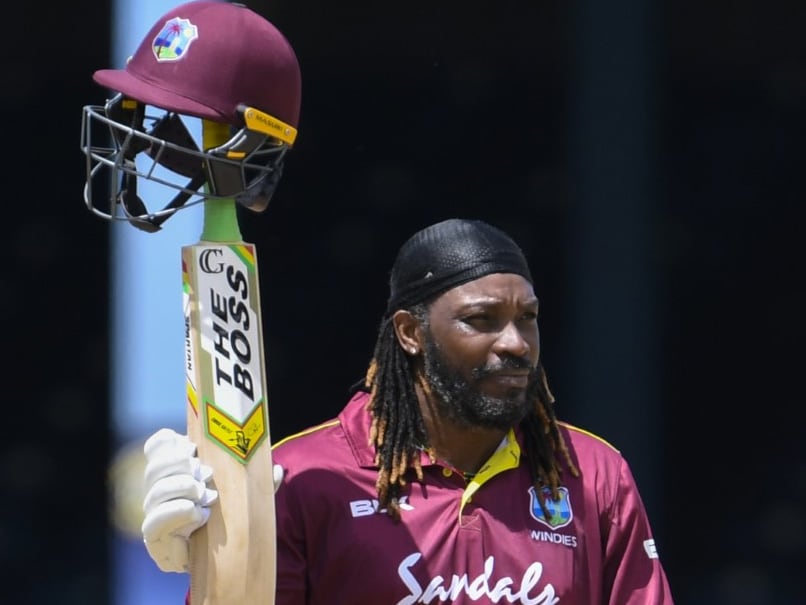 He is 41-years-old, but Universe Boss Chris Gayle is in no mood to slow down. Known to give opposition attacks nightmares, the West Indies opener is keen to keep sending bowlers on a leather hunt as he has his eyes set on not just the 2021 T20 World Cup in India, but also the 2022 edition that is to be hosted in Australia. Speaking to ANI, on the sidelines of the ''Ultimate Kricket Challenge (UKC)'', Gayle said that he still sees himself at the crease battling it out with the best in the business for another five years. "Oh yes, of course, no retirement plan as of now. I believe that I still have five more years, so before 45 no chance. And yes, two more World Cups to go," he pointed.

The first of its kind, this 16-match tournament sees the introduction of new cricket rules in a new one-on-one cricket match format. Each match consists of 2 UKC contenders squaring off against each other across 4 innings of 15 balls each in every match. Two points are awarded for a UKC contender winning a match in the league stage and the UKC contender with more runs at the end of each match is the winner.

Asked how different the concept of playing individually works, Gayle said: "I think it's a new and exciting concept added to the game of cricket. But like I say you never know, but at the same time, it's fantastic in many ways and you can easily relate (to) it. And within the game of cricket and I'm sure everyone will actually get to watch what's happening pertaining to the UKC so it's totally different from what I'm sure you have seen indoor cricket before."

"And you do know indoor cricket really have a buzz. But in UKC you will be playing in a cage, big names are there and when all this is happening then everybody would want to know or they will tune in and when get there, and get a hang of it I'm sure they're gonna love it."

Gayle was on fire in the 13th edition of the IPL in UAE as he aggregated 288 runs in just seven innings at an average of 41.14 and a strike rate of 137.14. He hit three fifties that included a 99 as he made a late start after missing the first few games in the tournament.

Asked if that was a clear sign that age is just a number, the batsman kept it short and sweet. "Oh yes, of course," he said.

Coming back to the UKC, a contender while batting can add runs only after they complete a physical run. And while there are quite a few interesting twists like scoring 12 by hitting the bullseye behind the bowler, the Jamaican joked that having to run despite hitting a six is something that doesn't impress him.

"Well, I can tell you that the one rule I'm not excited about is in which when you hit a six then you still have to run," he smiled.

Asked about the rule he likes, Gayle said: "And the one I really liked is that I can get a change of bowler, like the ACE bowler you don't have to bowl all 15 balls. You can have someone else as well, or you can select any bowler of your choice for that particular battle. And this is the one rule which I liked most. And this chance to choose a bowler because not all batsmen will be able to bowl at their best, they can't because that's not their strength. So this chance will help them out within the 15 balls in the first innings and then same for the second installment. I'm excited about the rules, to be very honest."