Kings XI Punjab co-owner Ness Wadia called for correcting KXIP's record of making too many changes in captaincy and coaching. 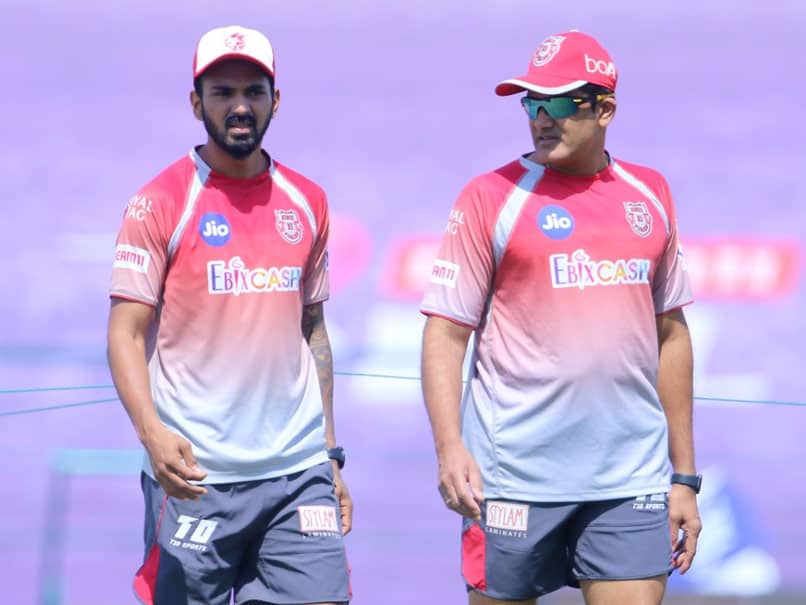 KL Rahul finished as the top scorer in IPL 2020 and won the Orange Cap.© BCCI/IPL

Frequently changing captains and coaches has hurt Kings XI Punjab in the past and that is why the franchise has decided to work on a three-year plan under Anil Kumble and KL Rahul to take the side forward, co-owner Ness Wadia has said. It was a roller-coaster ride for KXIP this IPL. They lost six out of their first seven games before winning five in a row to storm back into play-off contention. The Rahul-led side needed to win its last league game against Chennai Super Kings to reach the top-four but it couldn't.

Looking back at the recently-concluded season, Wadia said the umpiring error to call a short-run when it wasn't cost the team a play-off berth though it did not show the required consistency in the first year under captain and coach combine of Rahul and Kumble.

"It is a new captain, new team with a lot of fresh faces, sometimes it clicks and sometimes it doesn't. The auction is coming up soon and we would be looking to plug the gaps in the middle-order and our bowling," Wadia told PTI.

"The international players did not perform to the expected level," he said referring to the likes of Glenn Maxwell and Sheldon Cottrell, for whom KXIP paid big money at last year's auction.

He also said that Chris Gayle, who was surprisingly not picked in the first half of the tournament, had done enough to be playing from game one next season.

On the speculation surrounding a ninth team for the next season, Wadia said it showed the ever-increasing interest in the world's biggest T20 league and he would welcome the addition as long as it doesn't hit existing teams financially.

Talking about the future under Kumble and Rahul, Wadia said: "We have a charted a three-year strategy with Anil. We revamped this season and finished sixth and lost (the play-off spot) only by one game.

"KL (Rahul) has been with us for three years and there was a reason why we went after him so aggressively. He has proved us right," he said, referring to the tournament's highest run-getter.

"It is tough for the top order when your middle order is not performing. The good thing is that we have an established core now (Rahul, Agarwal, Pooran, Gayle and Shami) and we need to plug the gaps which are quite apparent (middle-order and death bowling)."

Kumble took over from Mike Hesson, who parted ways after one season, while Rahul was appointed captain after R Ashwin's switch to Delhi Capitals.

"...KXIP's record of making too many changes in captaincy and coaching is something which we want to correct," he said.

"Rahul captained exceedingly well and gained in confidence with each game. We are lucky to have him. Shami has been brilliant too and has adjusted brilliantly to the T20 format. Pooran and the young Ravi Bishnoi and Arshdeep Singh too performed well."

KXIP had the services of T Natarajan (now SRH) and Varun Chakravarthy (KKR) in the past but they let them go.

"Imagine if we had those players, Sam Curran (CSK) also but again it is all in hindsight. Each coach who comes in has a thought process and a manner in conducting himself like any other CEO of a company.

"One has to allow them time to settle, provide stability and allow them to make mistakes and learn from them and take the team forward," said Wadia.

Gayle was not picked for the first five games and food poisoning ruled him out for the next two.
He eventually played after seven games and fired straightaway to end with 288 runs at 41.14 including a 99.

"The team management did what it thought was best for the team. It is important to back experienced players and Gayle has demonstrated that he should play every game next season," said the co-owner.

Wadia also called for rule changes in the IPL after a short run call against Dehi Capitals effectively cost them a play-off spot.

"It is bizarre. The rules need to be updated. Today it is KXIP, tomorrow it could be other teams."

Kings XI Punjab Cricket
Get the latest updates on India vs Australia Series, check out the India vs Australia Schedule for 2020-21 and Ind vs Aus live score . Like us on Facebook or follow us on Twitter for more sports updates. You can also download the NDTV Cricket app for Android or iOS.