The owners want KL Rahul and Anil Kumble to take the team forward in the 2021 edition, scheduled in less than six months, a source close the KXIP franchise said. 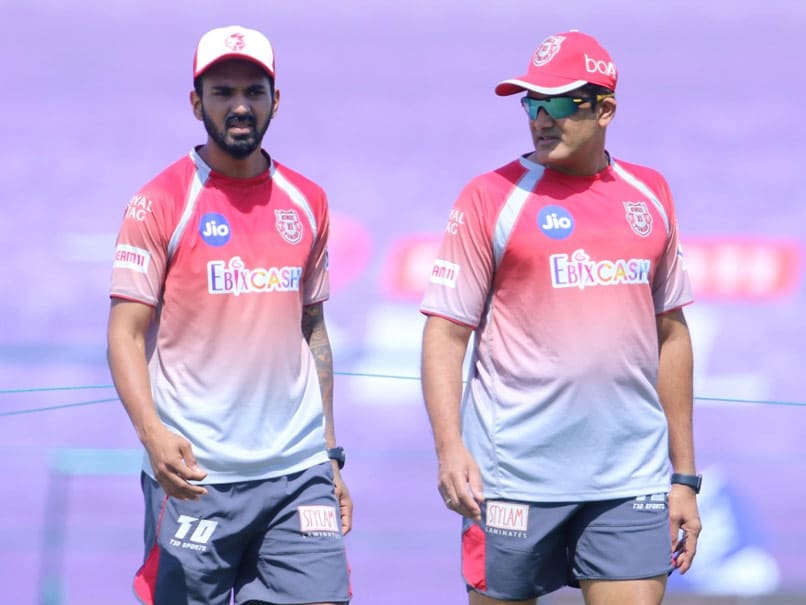 KXIP think-tank is likely to continue with the captain and coach duo of KL Rahul and Anil Kumble.© BCCI/IPL

Kings XI Punjabare likely to continue with the captain and coach combine of KL Rahul and Anil Kumble even after finishing sixth in a closely-contested 2020 Indian Premier League.  A team source told PTI that the owners want Rahul and Kumble take the team forward in the 2021 edition, scheduled in less than six months. Rahul, who captained the team for the first team this season, had another stellar season with the bat, amassing 670 runs at an average of 55.83. It was Kumble's first season with the franchise. KXIP, who have never had a settled unit, have finally found a core group of players around whom a team can be built.

The management wants to plug the gaps in the middle order and bowling department, which has been an issue for a number of years.

"The owners are happy with captain and coach. Rahul was exceptional with the bat and team scripted a remarkable comeback in the second half of the season. Had that short run not being called in the first game (against DC), the team would have been in play-offs.

"The good thing is a core group has been identified. Gaps need to be plugged in the middle-order where the team needs a power hitter and also a world class fast bowler to support Shami," the source said.

After losing the six out of their first seven games, KXIP won five in a row to find themselves in contention for a play-off spot but lost their last league game against CSK to bow out of the competition. The last time KXIP made the play-offs was in 2014.

Maxwell, Cottrell likely to be released: KXIP had paid big money for the likes of Glenn Maxwell (10.75 crore) and Sheldon Cottrell (8.5 crore) but both did not do much to write to home about, especially the Australian who made 108 runs in 13 games at 15.42. The team had bought back Maxwell after letting him go following the 2017 season.

"Their performance was not on expected lines and it will be tough to continue with them," the source added.

A call on their future will be taken at the team's review meeting. A lot also depends on the size of the auction ahead of the 2021 edition if it is held at all.

If not a mega auction, KXIP would like to have a mini auction where they can solidify their middle-order and death bowling.

Sheldon Cottrell IPL 2020 Cricket
Get the latest updates on SA vs IND 2021-22, check out the Schedule and Live Score . Like us on Facebook or follow us on Twitter for more sports updates. You can also download the NDTV Cricket app for Android or iOS.