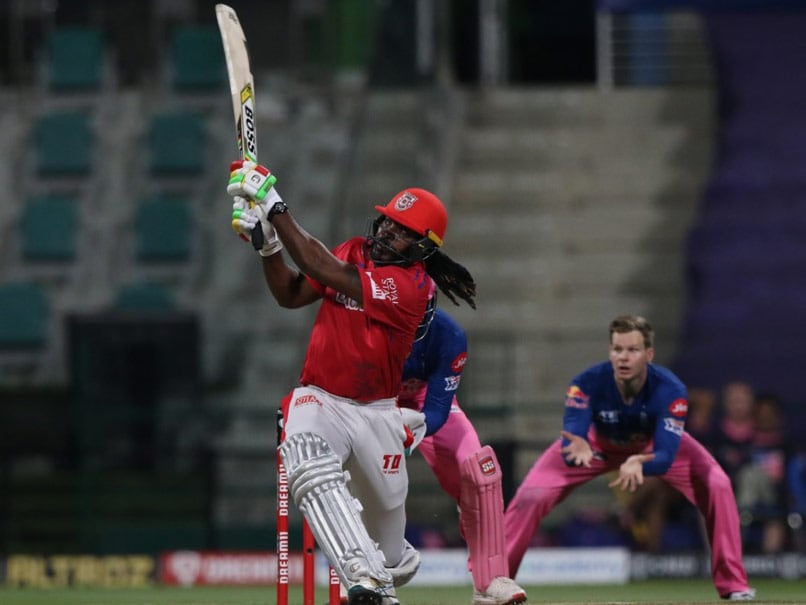 IPL 2020: Kings XI Punjab looked a completely different side with Chris Gayle in it.© BCCI/IPL

With his side out of the tournament, Kings XI Punjab (KXIP) batsman Chris Gayle won't be able to entertain  fans with his fours and sixes anymore this season. But as his season came to an end, the West Indian had a special message for all his supporters. Taking to Twitter, the Caribbean entertainer urged fans to continue watching the IPL, even though he won't be there. "Plz continue to watch @IPL even though my season has come to an end. Thank you #UniverseBoss," Gayle tweeted. After warming the bench during first half of the season, the big-hitting West Indian showed his class towards the backend of the tournament, during which KXIP went on to win five games in a row.

Plz continue to watch @IPL even though my season has come to an end. Thank you #UniverseBoss

In seven matches he played this season, KXIP looked a completely different side and staged a great comeback. Gayle played an important role in his side's resurgence as he scored 288 runs at 41.14, with the help of three half-centuries, including a 99 against Rajasthan Royals.

Kings XI Punjab were knocked out of the playoff race after they lost their last two league games. After a terrible start to the season, which saw them losing six out of the seven games, KXIP staged a great comeback and finished season with 12 points from 14 games. They finished above Rajasthan Royals and Chennai Super Kings in the eight-team table, courtesy their superior Net Run-rate (NRR).

While KXIP were knocked on Sunday after a nine-wicket loss against CSK, four teams are still fighting for three remaining playoff spots, with only two league games left. So, there is no reason why you should stop watching IPL.

Chris Gayle IPL 2020 Cricket
Get the latest updates on IPL Auction 2023 and check out  IPL 2023 and Live Cricket Score. Like us on Facebook or follow us on Twitter for more sports updates. You can also download the NDTV Cricket app for Android or iOS.