Can Indian cricketers afford to be rebels? 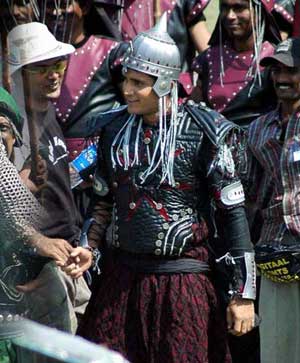 Barring a few instances in the recent past, cricket has largely moved along traditional lines unlike what has been seen in few other sports recently.

The latest developments around the Indian Davis Cup team are fascinating. The saga has been playing out for a while, and there has been no let-up even though the bosses at the All-India Tennis Association have agreed to meet the rebelling players more than halfway.

Such incidents are a dime a dozen in football - both at the club level and, occasionally, at the national level.

But cricket, bar a couple of instances (World Series Cricket especially), has largely moved along traditional lines. The closest we have had to cricketing rebels in recent times are Chris Gayle vs the West Indies Cricket Board, and Kevin Pietersen vs the England and Wales Cricket Board. Not quite like the tennis revolt in nature and spirit, but we see players pushing to run their careers their way. Negotiations worked out well in the end and both cricketers are now back in their respective national teams.

But looking at the goings-on in the Indian Davis Cup team, currently whittled down to Leander Paes and a bunch of complete non-entities, one is forced to examine the implications of Player Power being used at their convenience by athletes who don't really stand to suffer if the negotiations don't go their way.

I say this knowing fully well that the popular consensus is that players should be given the reins of their sport, and administrators - largely disliked by the average fan - should be as far removed from actual sporting decisions as possible. A debate in which I usually sit on the fence, simply because of the lack of absolute proof that sportspersons, by definition, are honest.

Going by developments in Indian Olympic sports over the past year and a half, it's clear that at least some athletes feel they will do a better job of running sport than the present lot. When it comes to cricket, at least Mahendra Singh Dhoni believes this too on the issue of the latest amendments to the playing conditions in One-Day Internationals. He feels that decisions of the sort should be made in consultation with him and other international captains. But he may not have it as easy as his counterparts in tennis. For instance, when talking about how little rest there is for Indian cricketers in a very packed calendar recently, Dhoni merely said, "That's a luxury."

But how far is Dhoni willing to take his grouse? How far will a Players' Association in India go before commercial considerations kick in? How hard are cricketers willing to fight for their 'rights' when they know that, bar a few exceptional players, doing well for the national team is the only way to a lucrative club deal?

A top tennis player does not earn his or her bread and butter (and caviar and champagne) at the Davis Cup and other inter-country competitions. Ditto for a top footballer, who can ditch club after club and walk away from the national team without worrying about finances. Sure, they might all say that representing their nations, especially at the World Cup, means more to them than anything else. But they have the option to not play for the country, and have - not seldom - exercised it.

How does that work in cricket? If you think about it, there are only a handful of cricketers from around the world who would be the target of Twenty20 clubs even if they didn't play international cricket. Gayle and Pietersen are two of them. There are, maybe, 20-30 or even 50 others who have the right reputation. What beyond that? What about Indian cricketers? They might be big draws in the Indian Premier League, but would, say, a Big Bash franchise pay big bucks to Suresh Raina or Ravindra Jadeja? Keeping the conditions in mind, the franchise in question will have much better and cheaper options to choose from in Australia, won't they?

As a result of that, an Indian cricketer, or a group of Indian cricketers, cannot do what Mahesh Bhupathi is doing right now. It's just not an option. Why just current cricketers, even former cricketers cannot afford to get on the wrong side of the Board of Control for Cricket in India for fear of being blackmarked. The circumstances are such that Kapil Dev, India's cricketer of the last millennium, must bend to accept the offer of amnesty (what a word to use!) from the BCCI.

Of late, some of us have pinned our hopes on Anil Kumble, Javagal Srinath and the others - all upright men of substance - who have taken over the reins at the Karnataka State Cricket Association. The feeling is that, with such cricketers taking an interest in the running of the game, cricket, cricketers and cricket fans will be at the forefront. This state association may just prove that handing control to former players, rather than self-styled administrators, is the way forward. 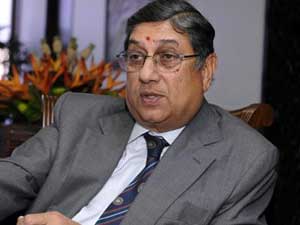 The BCCI has always looked at the proposed association of players as a rival to their position of 'control'. Maybe rightly so. That association, if it were to include, say, Kumble, Rahul Dravid, Sourav Ganguly and Sachin Tendulkar, will not work for the BCCI. The same way the Indian Cricket League or the DRS don't work for the BCCI, and the same way that injecting a bit of sense or consideration into the relentless cricket calendar doesn't cross the BCCI's mind. Don't play if you are tired, the BCCI tells cricketers, who are well aware that accepting this outwardly considerate offer might mean the end of their careers.

Sportspersons need all the support they can get from the people who govern the game, so that they can concentrate on their job - playing the game. In Indian cricket, if that support is not forthcoming, one can hope, pray and, occasionally, request for it, but not ask - and certainly never demand it. Maybe one day this will change, maybe Player Power will take flight. One only hopes that then it doesn't go the Bhupathi way.

Comments
Topics mentioned in this article
Tennis Cricket
Get the latest updates on ICC T20 Worldcup 2022 and CWG 2022 check out the Schedule, Live Score and Medals Tally. Like us on Facebook or follow us on Twitter for more sports updates. You can also download the NDTV Cricket app for Android or iOS.