Brad Hodge missed the latter stages of the Big Bash League due to complications caused by appendicitis. 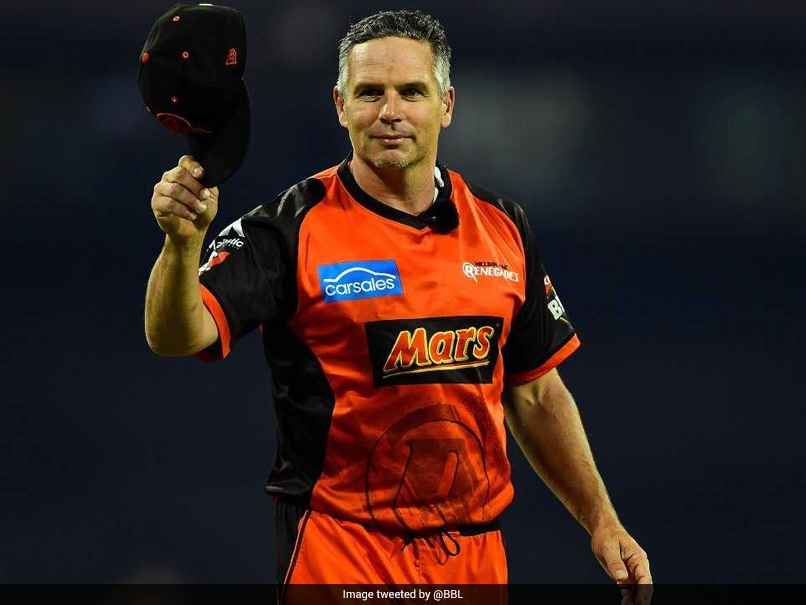 Australian veteran Brad Hodge has announced his retirement from all forms of the game. The 43-year-old said the ongoing Big Bash League (BBL) season will be his last. Hodge, who plays for the Melbourne Renegades, missed the latter stages of BBL due to complications caused by appendicitis. He played six Tests, 25 one-day internationals and 15 T20 internationals for Australia. In a career spanning almost 25 years ago, Hodge scored more than 33,000 runs across all three formats domestically and his tally of 7,406 T20 runs is the sixth-highest of all time.

Speaking to News Corp, Hodge said: "This will be the end of the road."

"I'll represent (Melbourne club) East Sandringham in the finals and that will be it for my cricket career."

Hodge had spent three days in a Canberra hospital where he had his burst appendix removed but complications arose after the surgery. The veteran batsman revealed the seriousness of his illness, saying that a delayed return to the hospital could have been disastrous.

"Technology now keeps you up and about, but (the doctor) stated that 30-40 years ago it could have been the end of the road," he said.

"Time-wise for me, I was probably fortunate I went in (to hospital) on the Saturday in Melbourne. If I'd left it another 24 hours it could have been a lot worse.

"The surgeon didn't paint a great picture of what was happening inside there."

Comments
Topics mentioned in this article
Australia Cricket Team Brad Hodge Cricket
Get the latest updates on India vs Australia Series, check out the India vs Australia Schedule for 2020-21 and Ind vs Aus live score . Like us on Facebook or follow us on Twitter for more sports updates. You can also download the NDTV Cricket app for Android or iOS.