Imran Tahir smoked five sixes and three boundaries on his way to a 19-ball 52 as the World Giants chased down a mammoth target despite a middle-order collapse. 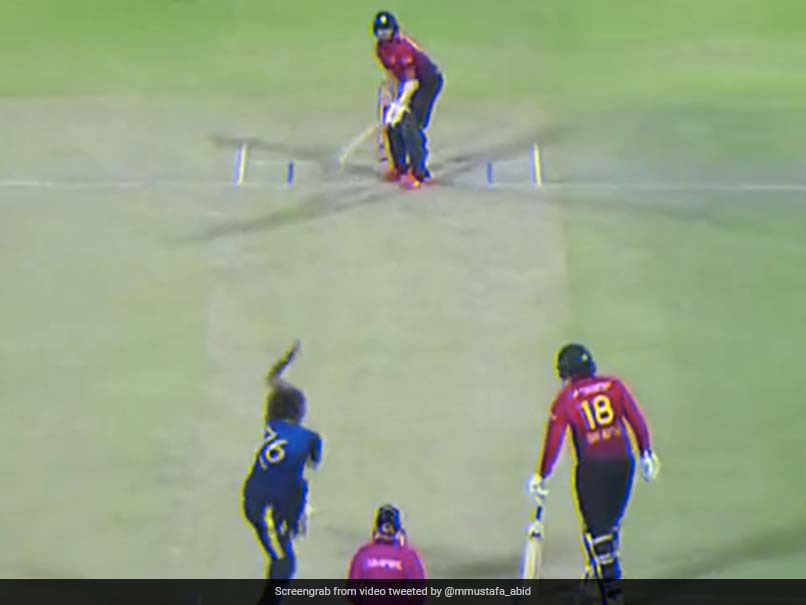 Former South Africa spinner Imran Tahir turned out be an unlikely match-winner, with the bat, as he guided the World Giants to a three-wicket win against the Indian Maharajas in the ongoing Legends League Cricket (LLC) at the Al Amerat Cricket Ground in Muscat, Oman. Tahir, who is known for his bowling rather than batting, smoked five sixes and three boundaries on his way to a 19-ball 52 as the World Giants chased down a mammoth target despite a middle-order collapse.

Tahir hit three sixes in the 18th over, which was bowled by Manpreet Goni, before hitting Naman Ojha for two sixes in the final over of the match.

Here is the video of Imran Tahir's explosive innings:

After being put on to bat first, the Indian Maharajas innings got off to the worst possible start, losing the wickets Wasim Jaffer and S Badrinath, as both the batters failed to trouble the scorers.

However, wicketkeeper-batter Naman Ojha led the charge of the Maharajas, scoring 140 off 69 balls, including 15 boundaries and nine sixes.

Ojha and Mohammad Kaif (53) added 187 runs for the third wickets as the side managed to post a total of 209 for three in 20 overs.

In reply, the Giants got off to a flying start with Kevin Pietersen scoring a fine fifty at the top of the order.

However, Pietersen's wicket in the 9th over saw a change in momentum as the Maharajas took wickets in regular intervals, reducing the Giants to 101 for five.

But Tahir turned the tables with his knock of 52 as the Giants chased down the target with three wickets and as many balls to spare.

Imran Tahir Cricket Social
Get the latest updates on Fifa Worldcup 2022 and check out  Fifa World Cup Schedule, Stats and Live Cricket Score. Like us on Facebook or follow us on Twitter for more sports updates. You can also download the NDTV Cricket app for Android or iOS.