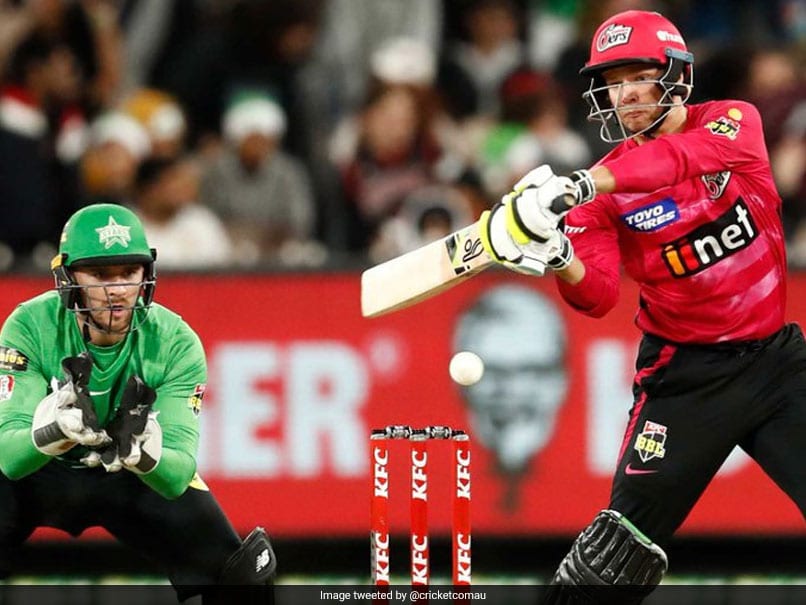 Sydney Sixers beat Melbourne Stars by 7 wickets at the Melbourne Cricket Ground to register their third win of the ongoing Big Bash League. Chasing the target of 178 runs, Sydney Sixers opener Josh Philippe top-scored for his team with his unbeaten 99-run knock. Philippe stitched to an unbeaten partnership of 76 runs with Jordan Silk (26 not out) for the fourth wicket. Melbourne Stars rode on the century of skipper Glenn Maxwell to post a total of 177/5 from their 20 overs. After this game, the points table didn't change much as Sydney Sixers are still at the second spot and Melbourne Stars are at the third position.

Last 10 updates
2nd Innings
Refresh
Load more
Comments
Topics mentioned in this article
Cricket Live Cricket Score Live Score Live Blogs Cricket
Get the latest updates on ICC Women's Cricket World Cup 2022 and IPL 2022, check out the Schedule , Live Score and IPL Points Table. Like us on Facebook or follow us on Twitter for more sports updates. You can also download the NDTV Cricket app for Android or iOS.