Yuvraj Singh, who recently got married to Bollywood actress Hazel Keech, last played an ODI for India back in December 2013 against South Africa at Centurion while his last T20I appearance was on March 27, 2016 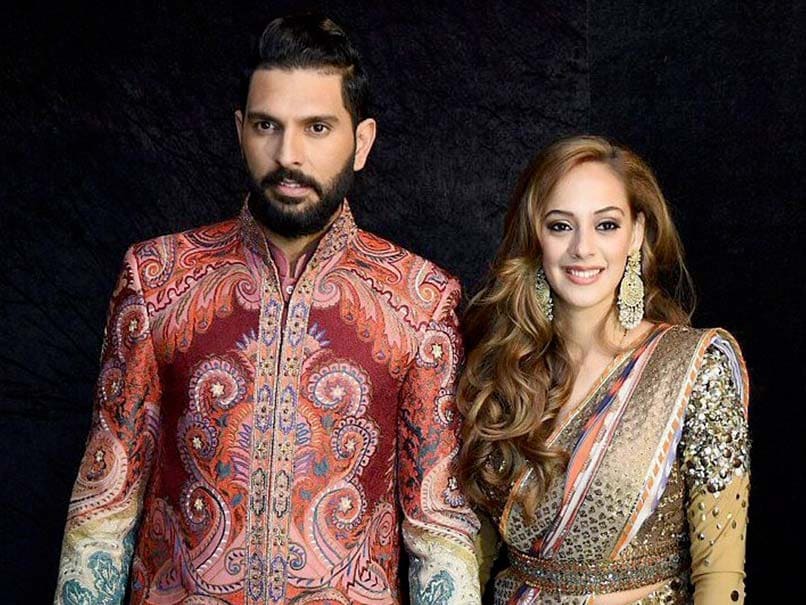 Yuvraj Singh and Hazel Keech married in a low-key affair on November 30.© PTI

Yuvraj Singh returned to the ODI format after a gap of three years after being included in the India squad for the limited overs series against England and former captain Sunil Gavaskar said the stylish left-hander deserves every opportunity to make a comeback.

Yuvraj, who recently got married to Bollywood actress Hazel Keech, last played an ODI for India back in December 2013 against South Africa at Centurion while his last T20I appearance was on March 27, 2016 against Australia at Mohali in the World T20.

The left-hander had a hugely successful 2016 Ranji Trophy season, smashing 672 runs in five matches (8 innings) with a high score of 260. He averaged a whopping 84 and recorded two centuries and two half-centuries.

"He might not be as brilliant as he was when 21 years old but he is still an outstanding fielder," Gavaskar added.

Virat Kohli will lead India in the upcoming ODI and T20I series against England, the BCCI selection committee announced on Friday, January 6.

Kohli will captain a 15-member Indian side for the ODIs, while also leading a 15-member squad for the T20I series against England.

The right-handed batting talisman was handed the captain's role following MS Dhoni's decision to step down as skipper on Wednesday.

Meanwhile, young Rishabh Pant has been included in the 15-member T20I squad for the three-match series against England, owing to some sterling performance in the domestic circuit.

"Keeping Pant in the side is a recognition of his performances in the domestic circuit," Gavaskar said.

Comments
Topics mentioned in this article
India Cricket Team England Cricket Team Yuvraj Singh Sunil Manohar Gavaskar Virat Kohli Rishabh Pant India vs England 2016 Cricket
Get the latest updates on ICC Women's Cricket World Cup 2022 and IPL 2022, check out the Schedule , Live Score and IPL Points Table. Like us on Facebook or follow us on Twitter for more sports updates. You can also download the NDTV Cricket app for Android or iOS.