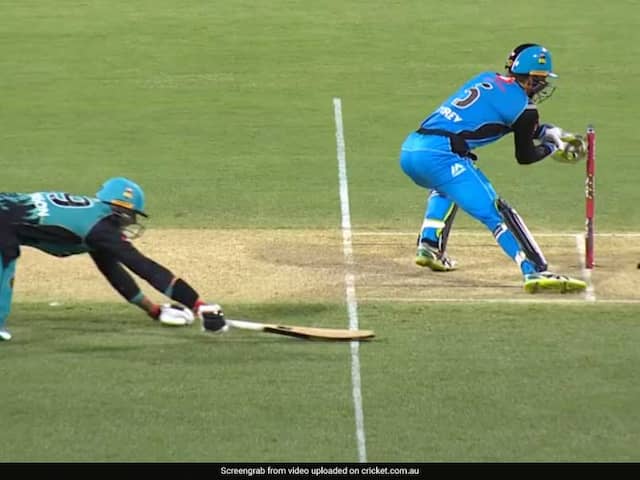 Brisbane Heat's James Pattinson was left shocked by his dismissal until Adelaide Strikers' fast-bowler Ben Laughlin and his team decided to withdraw a run-out appeal during the opening game of Australia's Big Bash League 2018-19. Pattinson was involved in a close run-out decision, which was referred to the third umpire Greg Davidson, with the Brisbane all-rounder being given out despite appearing to have made his crease. The players and commentators were also shocked when the verdict of 'out' flashed on the big screen at the Gabba even though the television replays clearly showed that Pattinson had marginally made his ground after completing a tight single.

After the bizarre scenes, Pattinson began to walk off the field before he was called back by Adelaide captain Colin Ingram.

OUT OR NOT OUT!? .. You'll struggle to see a more bizarre sequence of events on a cricket field! ?? but somehow, @_jamespattinson survives.. we think!? Thoughts @HeatBBL!?
LIVE: https://t.co/qBWBtp7D2d pic.twitter.com/BRoTDHyIsE

"It was a unique scenario," Ingram was quoted as saying by cricket.com.au. "I ended up chatting with Benny Laughlin and he said, 'what's the option on withdrawing the appeal?'

"The initial idea came from him, the good sport he is.

"We could all clearly see it wasn't out. You could look like an idiot on TV if it isn't (out) but you've got to back what we saw and our boys were really happy with that.

"We just wanted to get on with the game."

Pattinson, however, added just four runs to Brisbane's total before being stumped by Alex Carey in the following over.