Despite a huge defeat vs Brisbane Heat, Matt Short had a highlight to remember with a stunning catch to dismiss Sam Heazlett during a BBL match on Thursday. 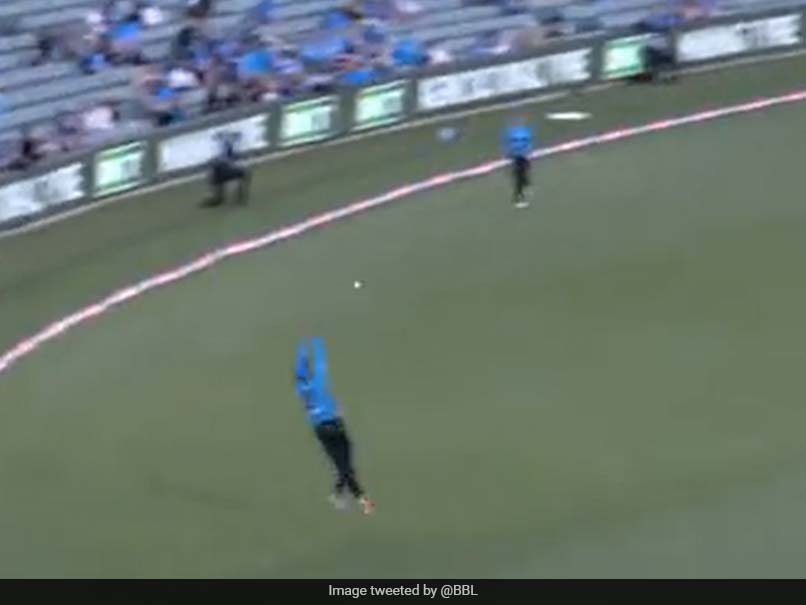 Watch: Matt Short takes a screamer during a BBL game at the Adelaide Oval© Twitter

Despite losing to Brisbane Heat by 39 runs, Adelaide Strikers had few positives to look at during their Big Bash League (BBL) match on Thursday. One such particular highlight was Matt Short's catch to dismiss Sam Heazlett during the first innings. Receiving a googly from Adelaide's Rashid Khan, Heazlett tried to go for a maximum but it went off the bottom half of his bat to the left of Short near the long-on boundary. Short had to run a few steps and then put in a stunning dive to catch the ball right next to the fence. Such was the brilliance of the catch that many Adelaide players ran up to congratulate the 26-year-old cricketer. Even BBL paid tribute to Short's effort and uploaded the highlight on social media. It was also captioned as, "Short loves a screamer!!"

Here is the video of the brilliant catch:

Brisbane ended up posting 208 for seven in 20 overs, courtesy of a fine 78-run knock by Ben Duckett.

Facing a target of 208 runs, Adelaide could only reach 169 for eight in 20 overs. Despite a half-century by Jonathan Wells, the other Adelaide batters failed to impress at the Adelaide Oval.

Adelaide Oval, Adelaide Cricket
Get the latest updates on IPL Auction 2023 and check out  IPL 2023 and Live Cricket Score. Like us on Facebook or follow us on Twitter for more sports updates. You can also download the NDTV Cricket app for Android or iOS.