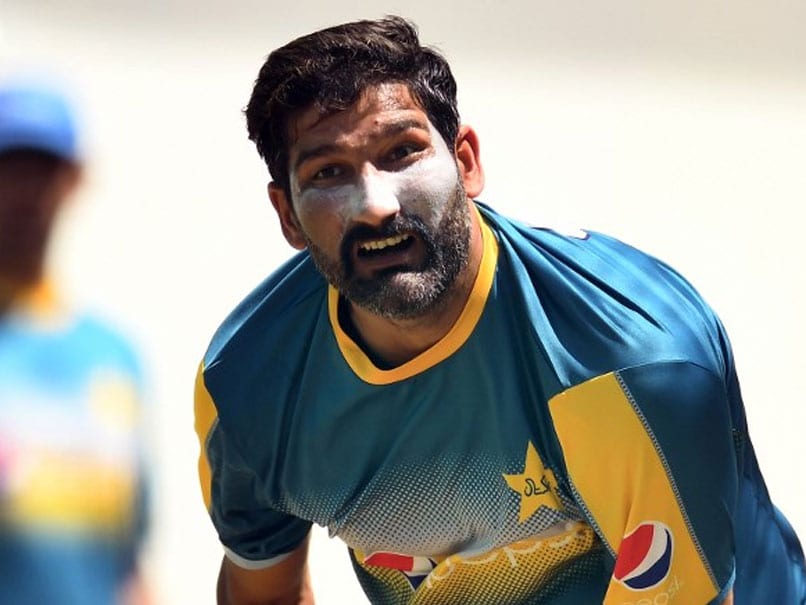 Sylhet Sixers have signed Sohail Tanvir for rest of the BPL 2017 season.© AFP

Sylhet Sixers might have started the Bangladesh Premier League 2017 with a bang, winning their opening three matches of the tournament. However, as the fifth edition has progressed they have lost steam. After their three wins on the trot, the Sylhet Sixers have failed to win ever since, losing five and one match being abandoned due to rain. From being top of the table at one time, they have now fallen to fifth place in the points table. To recover their floundering season, the Sylhet Sixers have enlisted the help of Pakistan pacer Sohail Tanvir.

According to reports in the Bangladesh media, Tanvir will join compatriot Babar Azam in the Sylhet Sixers squad for the rest of the season. The left-arm pacer also has Pakistan legend Waqar Younis, who is the mentor of the team, to guide him.

Tanvir, who has earlier played in the Bangladesh Premier League when he represented Comilla Victorians, will provide much-needed firepower to the Sylhet bowling attack.

Sylhet's early form was largely thanks to Sri Lankan opener Upul Tharanga, who notched up half-centuries to get the ball rolling for his team.

However, post that Sylhet were outplayed by Khulna Titans -- their first defeat this season. They have also lost to Dhaka Dynamites, Rajshahi Kings, Rangpur Riders and Chittagong Vikings.

Sylhet Sixers take on Rangpur Riders, who they lost to by seven runs on November 20, in their next match on Tuesday.

Comments
Topics mentioned in this article
Pakistan Cricket Team Sohail Tanvir Babar Azam Waqar Younis Cricket
Get the latest updates on India vs Australia Series, check out the India vs Australia Schedule for 2020-21 and Ind vs Aus live score . Like us on Facebook or follow us on Twitter for more sports updates. You can also download the NDTV Cricket app for Android or iOS.