Alex Carey's flying catch prompted demands that he replaces Tim Paine in the Australian Test side. 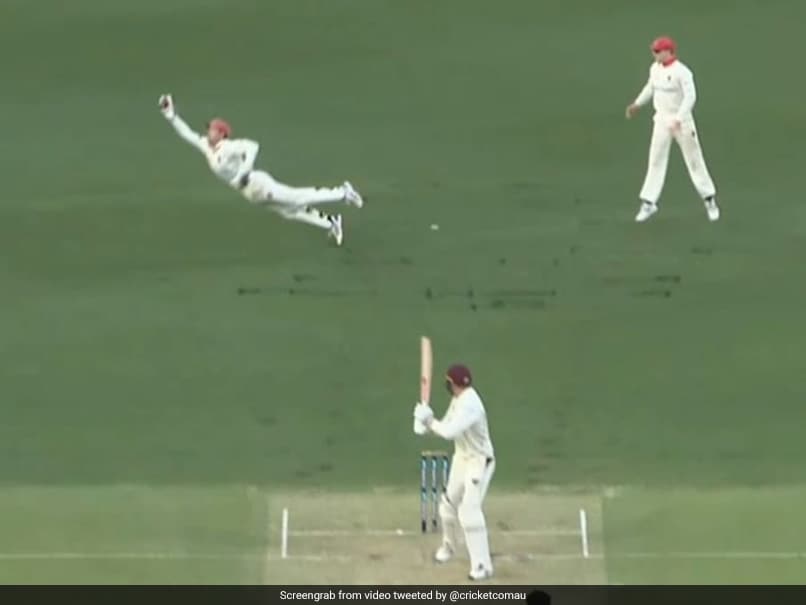 Australian wicketkeeper Alex Carey took a sensational flying catch in the domestic Sheffield Shield tournament, leaving fans on Twitter in awe. Queensland opener Matt Renshaw tries to flick a delivery going down leg-side but Carey dives to his right and grabs on to a superb one-handed effort in the domestic five-day match. The video was shared by cricket.com.au and fans immediately responded with high praise for the gloveman. While some fans simply praised Alex Carey, others even called for him to be called up to the Test side ahead of current captain Tim Paine.

"Woah! That is a BLINDER from Alex Carey!" cricket.com.au wrote, sharing the video.

"He should be ahead of Tim Paine!" another fan wrote.

the best wicket keeper in this decade!! Who cares this Saha!! Baffling that he still cant get a chance to play ahead of MMarsh... Hopefully Marsh will remain injured forever...

He should be ahead of Tim Paine!

Get him in the test squad ffs...

Carey's stunner along with an impressive spell from debutant pacer Wes Agar helped South Australia to a strong position against Queensland after being bowled out for 221. Queensland looked to make a strong start but Wes Agar knocked out Joe Burns, Matt Renshaw and Usman Khawaja to have them down at 70/3 at Stumps on Day 1.

Alex Carey has established himself as Australia's preferred wicketkeeper-batsman in the limited overs formats but is yet to make his Test debut. Since making his ODI debut in January 2018, Carey has scored 805 runs from 29 matches.

He was crucial for Australia as a finisher in the World Cup, where he scored 375 runs from 10 matches, averaging 62.50 in the tournament.

Australia Cricket Team Matt Renshaw Cricket
Get the latest updates on IPL Auction 2023 and check out  IPL 2023 and Live Cricket Score. Like us on Facebook or follow us on Twitter for more sports updates. You can also download the NDTV Cricket app for Android or iOS.