Emily Smith disclosed details of the Hobart Hurricanes squad in an Instagram video, ahead of their Women's Big Bash League match with Sydney Thunders. 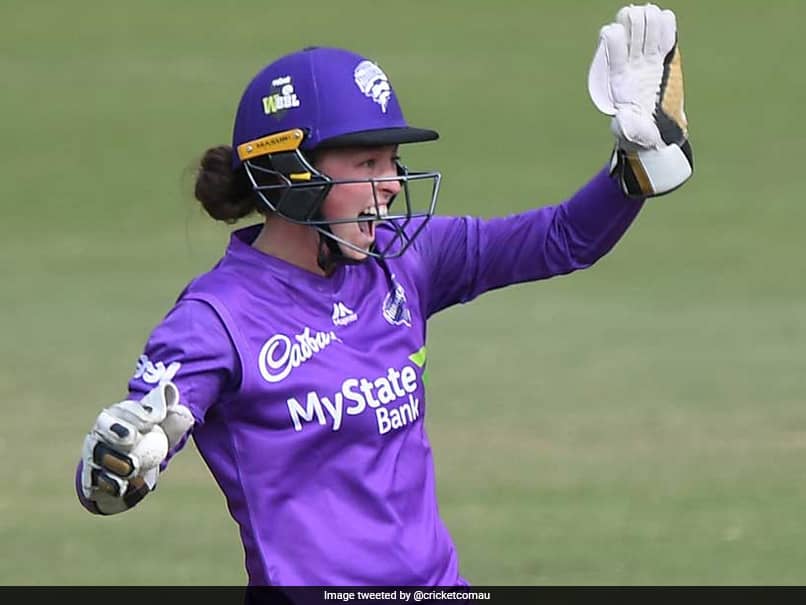 Emily Smith has been banned for one year, with nine months suspended, by Cricket Australia.© Twitter

Hobart Hurricanes wicketkeeper Emily Smith has been banned for a year, with nine months of the ban suspended, for breaching Cricket Australia's anti-corruption code. This will see her miss out on the remainder of the women's season, which includes the Women's Big Bash League (WBBL) and the 50-over Women's National Cricket League. Smith faces the ban for sharing a video on Instagram before a WBBL match against Sydney Thunders, which revealed details like Hobart Hurricanes' lineup, which could have potentially assisted individuals betting on games.

"CA's rigorous anti-corruption player education program means that players are well aware of their obligations under the Anti-Corruption Code and there is no excuse for breaches regardless of the reasons for information being disclosed," Cricket Australia's Head of Integrity and Security Sean Carroll was quoted as saying by cricket.com.au.

"Since the commencement of the WBBL, Cricket Australia has had in place a robust anti-corruption program," he added.

"We have been working with Emily throughout the process and Emily now understands the mistake she made," he said.

Smith had posted a video from the restricted Player and Match Official Area (PMOA) of the West Park stadium an hour before the match was due to begin. The match was washed out without a single ball being bowled.

Tasmanian Tigers wicketkeeper Emma Mannix-Geeves has joined the Hobart Hurricanes for the remainder of the season under a special exemption.