Aus W vs Ind W, Live Cricket Score: Smriti Mandhana was unbeaten on 80 before the officials called early stumps due to inclement weather in Queensland. 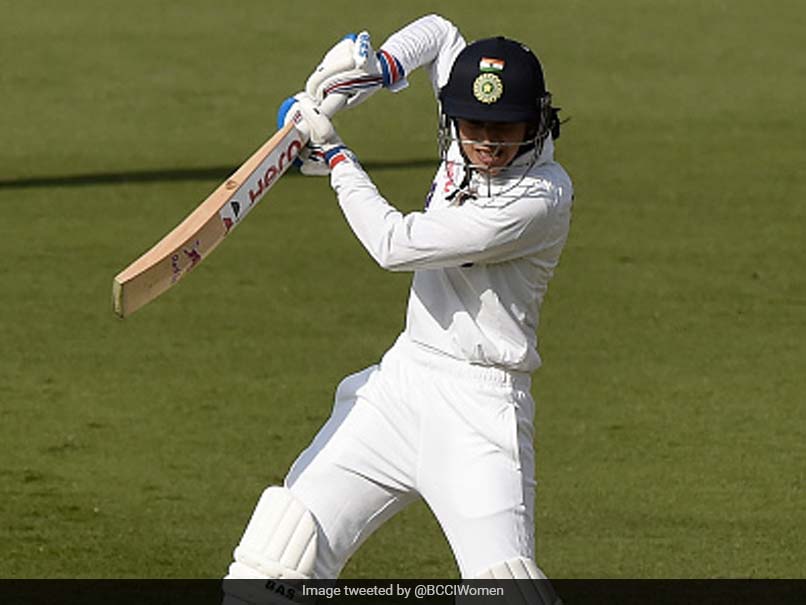 Smriti Mandhana put on a batting masterclass in Queensland to help India women post 132/1 against Australia women at Stumps on a rain-hit day on Thursday. After being sent in to bat, India women were off to a solid start with both openers putting the bad balls away for boundaries. Mandhana and Shafali Verma stitched together a 93-run partnership before the latter was dismissed by left-arm spinner Sophie Molineux. Shafali made 31 off 64 deliveries. Mandhana, on the other hand, kept going and brought up her half-century. Rain twice halted play and the officials were forced to call early Stumps due to inclement weather. Mandhana was batting on 80 while Punam Raut was on 16. The duo will look to continue the good show with the bat on Day 2.

Australia Women Live Cricket Score Live Score Cricket
Get the latest updates on ICC T20 Worldcup 2022 and CWG 2022 check out the Schedule, Live Score and Medals Tally. Like us on Facebook or follow us on Twitter for more sports updates. You can also download the NDTV Cricket app for Android or iOS.