Marcus Stoinis, who ended the match with figures of 3/35, said all the bowlers were "cooked". 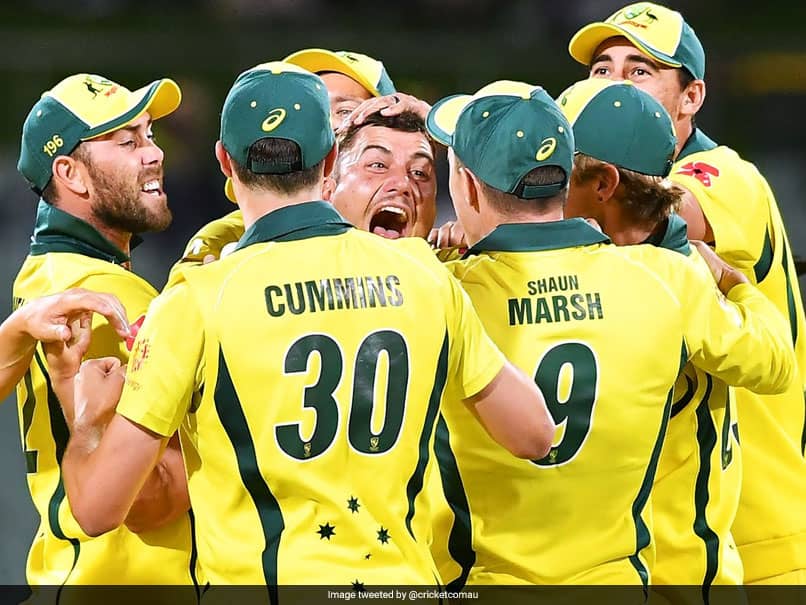 Marcus Stoinis ended the match with figures of 3/35.© Twitter

Australia halted their seven-game losing streak by beating South Africa by seven runs in the second One-day international (ODI) to level the three-match ODI series 1-1. Following the victory, Australian cricketers said that they were drained from the big effort they put in that ended their demoralising run of poor performances. Australia captain Aaron Finch credited the team for playing "outstanding" cricket, however, said that he is not sure if the win brought a sense of relief in the camp. "The way we defended was outstanding. The bowlers were relentless. Not sure if it's relief, but justification for some hard work," Finch said in a post-match conference.

Before the game, Finch had conceded the scrutiny of Australian cricket during recent months, including disarray within the sport's governing body, where a slew of executives have been forced out, was taking a toll.

Finch urged the players to keep their focus on the field.

South Africa needed 232 to win, but were done in by the Australia bowlers as they could muster only 224/9 in 50 overs.

Marcus Stoinis, who ended the match with figures of 3/35, said all the bowlers were "cooked".

"We're all bloody tired. All the bowlers are cooked," said Stoinis.

"It was a big effort, so really proud of everyone," Stoinis further added.

Stoinis admitted "it's been a tough six months or so" and pointed to the team's character as helping them deal with the hard times.

"At the end of the day, all the guys that are in that team fight so hard, want to be there so much, train so hard, think about cricket all day every day," he said.

"I know obviously we haven't got the results that maybe the media and the Australian public would want.

The series decider will be played at the Bellerive Oval in Hobart on November 11.

Faf du Plessis Cricket
Get the latest updates on IPL 2021, IPL Points Table , IPL Schedule 2021 , live score . Like us on Facebook or follow us on Twitter for more sports updates. You can also download the NDTV Cricket app for Android or iOS.