Pat Cummins was the destroyer-in-chief as Australia bowled out New Zealand for a paltry 148 on Day 3 of the second Test. 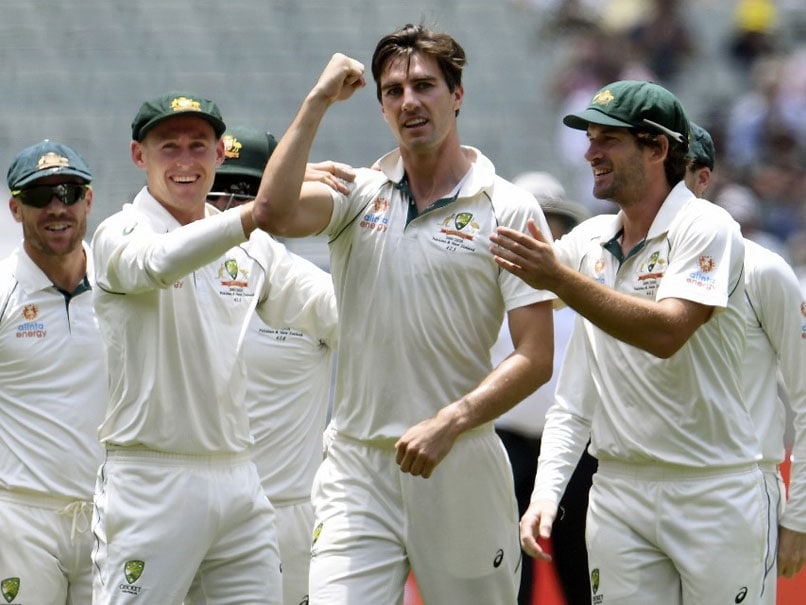 Pat Cummins took a five-wicket haul as New Zealand were bowled out for 148 in their 1st innings.© AFP

Pat Cummins recently became the most expensive foreign buy ever in the Indian Premier League by fetching a whopping Rs 15.50 crore bid from two-time champions Kolkata Knight Riders. And it seems Cummins is proving their gamble right with his performances on the field for his country. The number one Test bowler in the world was the destroyer-in-chief as Australia bowled out New Zealand for a paltry 148 in reply to the hosts' 467. New Zealand collapsed under an unrelenting Australian pace barrage with Pat Cummins leading the line with his figures of five for 28.

Australian fans were all praise for the fast bowler, with one even going as far as asking him to be made the Prime Minister of the country.

Give him $50million. Make him PM. I don't know, but @patcummins30 deserves everything coming his way.

Girls can have a little Pat Cummins, as a treat. #AUSvNZ pic.twitter.com/pz9cNndVcA

Pat Cummins is worth millions

How would I be able to set my daughter up with Pat Cummins.
How good is he

Pat Cummins is surely a smart bowler, he knows how to set the plan to dismiss a batsman! The way he created doubts in Latham's mind that he's bowling on the same line and length and few balls later just changed it to little wide and deceived him, completely outstanding!

PAT CUMMINS. Nobody deserves this 5 wicket haul more than him. Just keeps running in and bowls relentlessly. Well done boy. Need a minimum of 1 more wicket now to complete 100 international wickets in this calendar year. Get there.#AUSvNZ #AUSvsNZ

New Zealand had begun Day 3 on 44 for two, having lost captain Kane Williamson and opener Tom Blundell in a fiery bowling spell late on Friday.

Things only got worse on Day 3 for the visitors as the Australian pace trio of Cummins, James Pattinson and Mitchell Starc ran riot at the Melbourne Cricket Ground (MCG) on Saturday.

Starc picked up two wickets, Pattinson accounted for another three while Cummins ended the innings with a five-wicket haul -- his fifth in the Test cricket.

For New Zealand, only opener Tom Latham offered some resistance, surviving 144 balls in a dogged 50 before he too succumbed to the Australian fast-bowling machine.

Neil Wagner with an unbeaten 18 was the second highest-scorer for the visitors in a dismal batting performance. Six New Zealand players failed to get past the single digit such was the dominance of Australia's pace battery.

Australia decided against enforcing the follow-on with David Warner and Joe Burns walking out for Australia's second innings.

New Zealand needed a result at the Melbourne Cricket Ground to keep the three-Test series alive after being crushed by 296 runs in the opening day-night clash in Perth.

Tom Latham Australia vs New Zealand, 2nd Test Cricket
Get the latest updates on ICC Women's Cricket World Cup 2022 and IPL 2022, check out the Schedule , Live Score and IPL Points Table. Like us on Facebook or follow us on Twitter for more sports updates. You can also download the NDTV Cricket app for Android or iOS.