Australia have by and large gone with the same squad that beat Pakistan convincingly in the two-Test series. 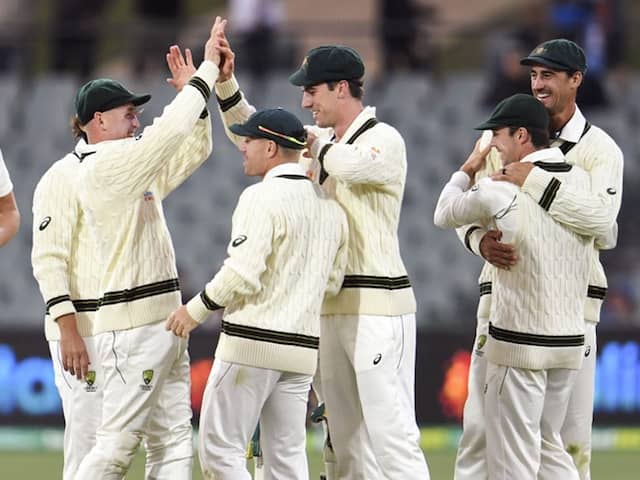 Australia named their squad for the three-match Test series against New Zealand starting on December 12. Apart from the exclusion of opening batsman Cameron Bancroft, who will remain on standby for the series, the squad is the same as the one that crushed Pakistan. Tim Paine and selector Trevor Hohns both however added that a second spinner or an all-rounder may be added to the squad depending on the conditions in Sydney and Melbourne, where the second and third matches will be played.

In Perth, Australia are likely to field the same XI that faced Pakistan, with Hohns saying that they want the batsmen specially to continue their form.

"We are backing the current batting line-up to continue their form across the next three Tests," Hohns was quoted as saying by cricket.com.au.

"Whilst not a part of this squad, Cameron Bancroft remains one of the standby players," he added.

"Similarly, depending on conditions, we reserve the right to add a player to the squad at any time during the series," Hohns said.

The Australian top order led the way in their 2-0 series sweep against Pakistan. David Warner scored a century in the first match and followed it up with a scintillating triple-ton, while Marnus Labuschagne registered back to back centuries as Australia posted huge totals in both the matches and did not have to come out to bat a second time in either Test.

Australia and New Zealand will face off in Melbourne for the Boxing Day Test and then in Sydney for the final Test of the series starting on January 3.

"I think the SCG has looked like an old-style SCG so at times so you want to give yourself the option of playing two spinners," Test skipper Tim Paine had said on Monday.

"If we were to play two spinners, the way you do that is have an all-rounder. I'm sure that's something that will be looked at in the coming weeks if we feel that's the way we want to go," he had said.

But with Mitchell Marsh still an injury doubt, Australia find themselves a little short in the all-rounders department.

"(Allrounder options are) thin on the ground as well, without disrespecting anybody," Hohns said.

"We'd have to have a look at that if we require an all-rounder, and we would only require one if we were going to play two specialist spinners in Sydney," the selector said.