Australia vs India: "No Regrets", Matthew Wade On Opening Batting vs India In Tests

Australia vs India: Matthew Wade admits that if he had scored a ton or converted those 30s and 40s into big scores he wouldn't have been axed from the Australia Test squad. 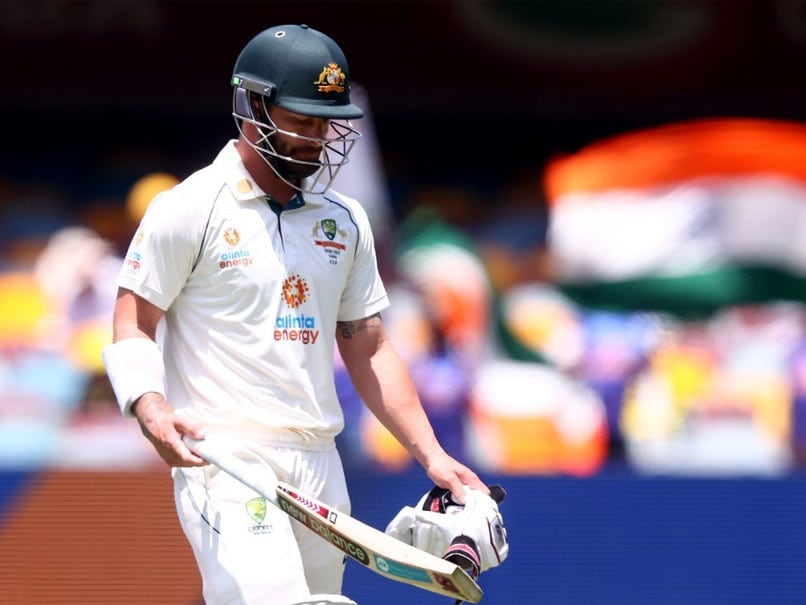 AUS vs IND: Matthew Wade during the Border-Gavaskar Trophy vs India.© AFP

Australia's Matthew Wade has no regrets about taking on the opening batsman role at the start of the Test series against India in December. With no David Warner and Will Pucovski in the squad for the first Test, Wade opened the batting for Australia. The wicket-keeper batsman scored 8, 33, 30, and 40 in the first two Tests as an opener. In the final two Tests, Wade was back in the middle order where he scored 13, 4, 45, and 0 and was eventually dropped from the squad for the Test series (which has now been cancelled) against South Africa and was picked in the T20I side for New Zealand tour.

"The only regret I have is I didn't turn one of those good starts into a big score. The two games I opened, I batted as good as I batted for the whole series. I felt really comfortable there," cricket.com.au quoted Wade as saying.

"I actually enjoyed the experience, it's something I'd never done but I feel confident that if I had to do it again, I could do a good job," he added.

Wade admits that if he had scored a ton or converted those 30s and 40s into big scores he wouldn't have been axed from the Australia Test squad.

"I got plenty of scores, 30s, and 40s, which at my age and the level we're playing at, you've got to turn those into big scores. If I'd turned those into hundreds or 80s or 90s, we're not having this conversation," said Wade.

"I know I missed my opportunity; I played some poor shots and I find myself in the scenario I'm in now. You can go into the nuts and bolts of why some players get dropped, but it's usually pretty simple - you're not performing at the level you should be. I don't really need to dive into it too much," he added.

India defeated Australia by three wickets against all odds in the final Test of the series at The Gabba in January to take the series 2-1.

"I know where I'm at, I'm comfortable with what I did. There was probably always going to be someone left out when we lost the series, and that was me," said Wade.

Wade is now gearing up for the New Zealand series.

The first T20I between Australia and New Zealand will be played on Monday.

Matthew Wade Australia vs India 2020-21 Cricket
Get the latest updates on ICC T20 Worldcup 2022, check out the Schedule and Live Score. Like us on Facebook or follow us on Twitter for more sports updates. You can also download the NDTV Cricket app for Android or iOS.