Matthew Wade was dropped Wednesday for Australia's Test series in South Africa after failing to fire against India, while under-pressure Tim Paine retained the captaincy. 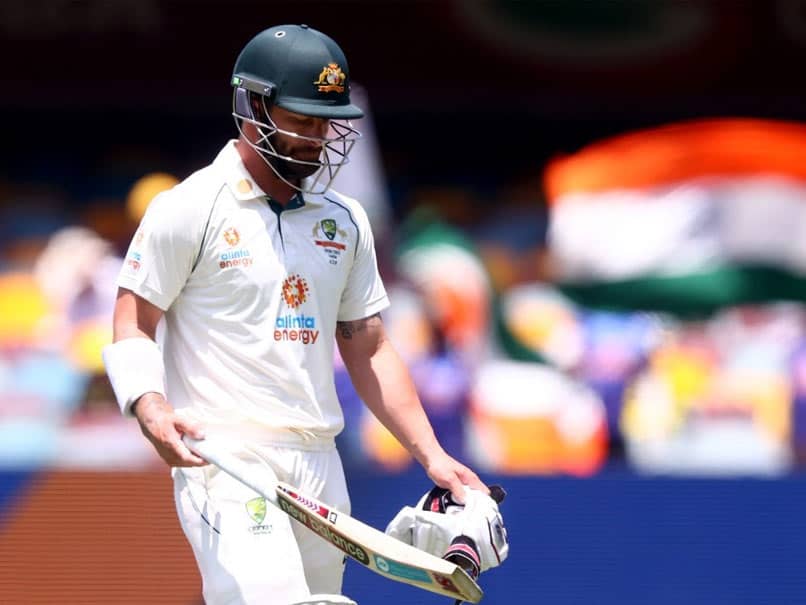 Matthew Wade managed just 173 runs from his 8 innings against India in the home Test series.© AFP

Matthew Wade was dropped Wednesday for Australia's Test series in South Africa after failing to fire against India, while under-pressure Tim Paine retained the captaincy. Wade played all four games in the tense 2-1 home summer series loss to India, including two as makeshift opener in place of the injured David Warner. But he managed just 173 from his eight innings, with some rash shots ultimately costing him his place in the side and seeing him replaced by Alex Carey as back-up wicketkeeper. Instead, Wade will join Australia's Twenty20 squad on their tour of New Zealand as vice-captain to the out-of-form Aaron Finch.

Australia are due to play three Tests in South Africa. The tour was originally scheduled for February and March, but the dates have yet to be locked in due to concerns over coronavirus.

Cricket Australia Wednesday reiterated its commitment to making the trip, with the Tests expected to take place in March or April.

The five-game T20 tour of New Zealand runs from February 22 to March 7, clashing with South Africa, meaning a host of players including Warner, Steve Smith and Pat Cummins were not available.

Wade was the main casualty from the India series, with the squad otherwise much the same.

Carey's inclusion was seen as significant, with the 29-year-old, who has excelled for Australia in limited overs internationals, tipped as a potential successor as captain to Paine, 36.

Paine had a sub-par series against India, particularly the last two Tests when he dropped a slew of chances and came under fire over his bowling changes, field placings and decisions on when to declare.

He was also fined for an expletive-laden rant at an umpire and forced to apologise after an ugly verbal tirade at India's Ravi Ashwin, all of which put his captaincy under the microscope.

But National Selector Trevor Hohns insisted Paine was still the right man for the job.

"Tim Paine was excellent at number seven against India and as a batsman, wicketkeeper and captain still has much to offer in the Test arena," he said.

"Tim has the support of the team, the coach and everyone else at Cricket Australia and the result of the Border-Gavaskar Trophy series has done nothing to diminish that," he said.

"After a series that attracted so much global interest, it was inevitable there'd be scrutiny. But some of the commentary surrounding Tim and his position as Test captain has been wide of the mark."

The absence of several T20 regulars opened the door for some fresh faces to make the trip to New Zealand, with three uncapped players in the squad including teenage leg-spinner Tanveer Sangha.

The other rookies are opener and gloveman Josh Philippe and fast bowler Riley Meredith.

Matthew Wade Tim Paine Cricket
Get the latest updates on India vs England Series, India vs England , live score and IPL 2021 Auction . Like us on Facebook or follow us on Twitter for more sports updates. You can also download the NDTV Cricket app for Android or iOS.