Jackson Bird, who last played a Test for Australia during the 2013 Ashes series, comes in for the injured James Pattinson for the first Test against New Zealand on Friday. 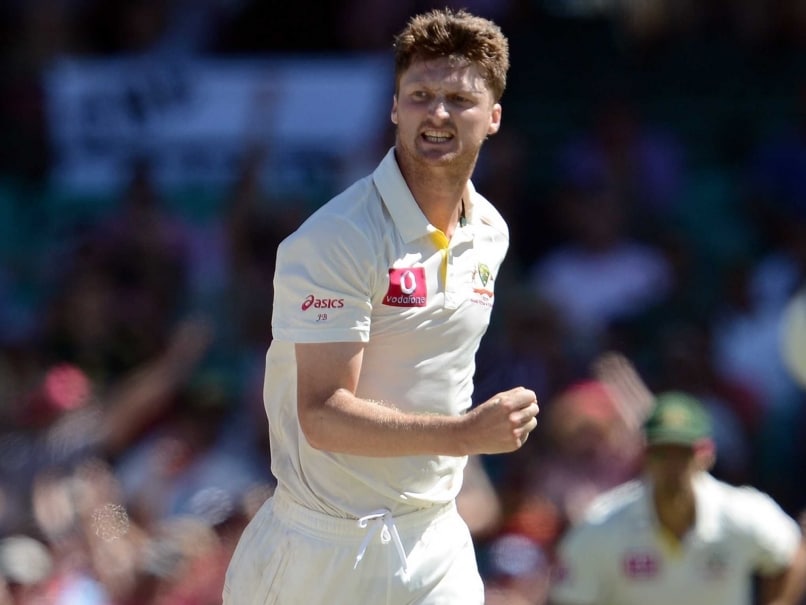 Jackson Bird, who made his debut in 2012 against Sri Lanka, has played three Tests for Australia, taking 13 wickets.© AFP
Wellington:

Australia have included paceman Jackson Bird in the squad for the first Test against New Zealand starting in Wellington on Friday as both sides revealed their line-ups on the eve of the match. (Marsh's Controversial ODI Dismissal Has Australia Fired up For Tests Against New Zealand)

Bird, whose last Test was in the 2013 Ashes series, comes in for the injured James Pattinson. (Australia Say no Test Backlash After Controversial Mitchell Marsh Dismissal)

New Zealand named a predictable line-up in an injury-enforced selection reshuffle. (Ross Taylor Ruled Out of First Test Against Australia)

Henry Nicholls will make his debut with Ross Taylor out with a side strain, and Mark Craig gets a start as the sole spinner in place of injured Mitchell Santner.

"With the forecast I'd imagine it will dry out a bit quicker than we've seen, but the first couple of days will be challenging," he said.

Australian skipper Steve Smith, however, said he would wait until he sees the state of the pitch on the morning of the match before deciding.

Smith has Josh Hazlewood and Peter Siddle in his pace battery along with Bird and said Pattinson needs more time to recover following recent injury concerns.

"The selectors aren't 100 percent sure whether he (Pattinson) would get through this first Test match so that decision was made," Smith said.

Australia are looking to bounce back after losing the ODI series 2-1 to New Zealand. If they win the two-Test series they will overtake India as the top-ranked side in the world.

Comments
Topics mentioned in this article
Australia Cricket Team New Zealand Cricket Team Jackson Bird Steven Smith James Pattinson Cricket
Get the latest updates on IPL 2021, check out the IPL 2021 Schedule and Indian Premier League Live Score . Like us on Facebook or follow us on Twitter for more sports updates. You can also download the NDTV Cricket app for Android or iOS.