Former greats like Shane Warne, Ricky Ponting, Adam Gilchrist have signed up for a charity game to raise money for victims of Australia's bushfires. 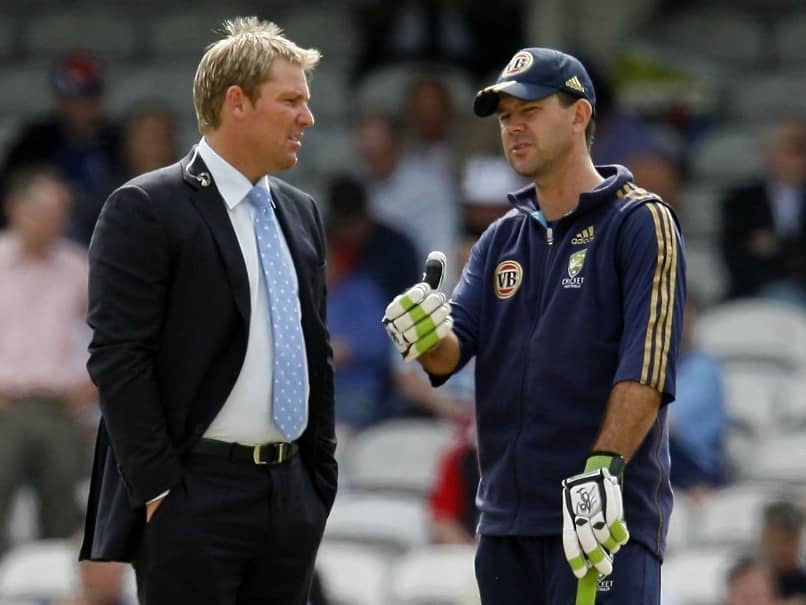 Cricket greats Shane Warne and Ricky Ponting will come out of retirement to skipper star-studded teams at a charity game to raise money for victims of Australia's bushfires, it was announced on Sunday. Other former greats signed up for the "Bushfire Cricket Bash" include Adam Gilchrist, Brett Lee, Michael Clarke, Shane Watson and Australian coach Justin Langer, while Steve Waugh will have a non-playing role. All match profits and funds raised during the February 8 game, played as a curtain raiser to the Big Bash League final, will go to the Australian Red Cross Disaster Relief and Recovery Fund.

Huge news! Australia's cricket legends will come out of retirement for the Bushfire Cricket Bash to raise funds for the bushfire relief.

Cricket Australia chief Kevin Roberts said he hoped it would play a part in helping those impacted by the devastating fires that have killed at least 27 people and destroyed more than 2,000 homes.

"People the world over have seen the overwhelming images of hundreds of thousands of hectares burnt, precious lives lost, hundreds of properties destroyed and the devastating loss of wildlife as a result of the fires," he said.

"These images have reinforced the need to get behind organisations like the Australian Red Cross which is responding to the immediate requirements of people who have lost loved ones, their homes, and their livelihoods."

Cricket Australia also injected Aus$2 million (US$1.38 million) into a fund to assist community cricket clubs impacted by the fires.

It is the latest initiative by sports stars to stump up memorabilia and cash to help in the relief effort.

On Friday, Warne's "baggy green" cap, awarded to Test players on their debut, sold at auction for more than Aus$1 million (nearly $700,000) with all funds aiding victims.

Reigning Formula One champion Lewis Hamilton has pledged $500,000 while tennis superstar Serena Williams is auctioning a dress she wore at the WTA Auckland Classic.

A "Rally for Relief" exhibition match at the Rod Laver Arena in Melbourne featuring Williams and Roger Federer is due to take place on Wednesday ahead of the Australian Open to raise further money.

Michael Clarke Justin Langer Cricket
Get the latest updates on IPL 2021, IPL Points Table , IPL Schedule 2021 , live score . Like us on Facebook or follow us on Twitter for more sports updates. You can also download the NDTV Cricket app for Android or iOS.