Ashish Nehra has seen a lot of ups and downs in his career, including one big disappointment. 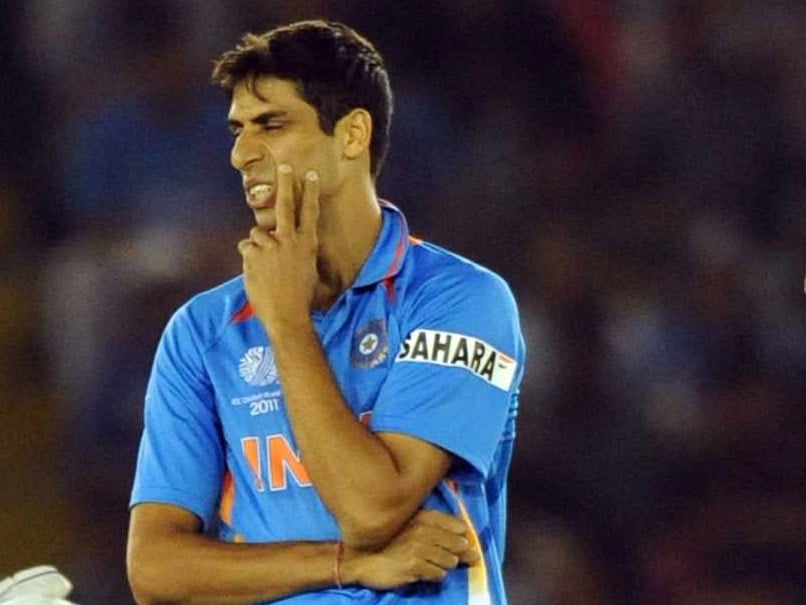 Veteran India pacer Ashish Nehra is in the squad for the first T20I against New Zealand to be played at Feroz Shah Kotla on Wednesday, November 1. While his place in the XI is not guaranteed, the 38-year-old has already made up his mind that he doesn't wish to continue playing anymore and the Kotla match would be his last before calling time on what has been a very eventful career playing for India and his state side Delhi in domestic cricket. Having played 163 international matches across all formats in 20 years, Nehra, who went through phases of highs and lows in his career, has only one regret as he signs off.

"Trust me, I have had an eventful 20 years. I am not a very emotional person. The next 20 years is what I am looking forward to. Hopefully, it will be as eventful as it has been since I started playing for Delhi in 1997," Nehra told PTI during a free-wheeling chat at his academy in Noida, ahead of his final competitive match against New Zealand on November 1.

"It's been a great journey. May be one regret. If I could change anything in these 20 years, that afternoon in Johannesburg during the 2003 World Cup final (where India lost to Australia). But nothing else as it's all about destiny," he said with his customary nonchalance.

"If you can, then sprint. If not, then run. Can't run? Then jog. Won't jog? Then at least walk! Can't walk? Then crawl but just keep on moving," said the Delhi seamer as he gets ready to bid adieu to the game that has given him everything in all these years.

The straight-talking Nehra will remain an enigma for what he could have achieved had he not gone under the knife 12 times. Talking about the journey that started at Delhi's famous Sonnet Club in early '90s, he is thoroughly old school with loads of anecdotes.

"And Ajay Sharma, well I can tell you about his cricket. With no disrespect to all the current top spinners in our country -- Ajay bhaiya would have murdered them even on rank turners. He was that good at the domestic level," he recollected in an authoritative tone.

"I remember bowling one-change in my debut Ranji game as Robin Junior and Wassan (his last first-class match) were bowling with new ball. I got Ajay Jadeja for a duck in both innings. Another man is Ajay Jadeja. I have huge respect for his cricketing acumen.

"For me, Ajay Jadeja and Mahendra Singh Dhoni are the two shrewdest cricketing brains I have ever interacted with," he lets one know his favourites and tells that it's purely his choice.

He has seen the quiet resurgence under John Wright, been through the tumultuous phase under Greg Chappell, had a second coming under Gary Kirsten and the final flourish under Ravi Shastri.

"I didn't play much under Greg Chappell save two series in 2005 (in Sri Lanka and Zimbabwe). Mujhe pahle series se hi maloom thaa yeh biryani, khichdi bannewali hain Greg ke under (I knew biryani would turn into khichdi under Greg).

"That's where Gary (Kirsten) was such a superb coach. He discussed strategies with MS (Dhoni) but on field, he never interfered with MS' style of functioning. But I still believe Chappell could have been a terrific coach for juniors," Nehra observed.

Talk about Virat Kohli and Nehra would say that Ravi Shastri is the ideal foil for Kohli.

"Look Virat's career and captaincy are on auto-pilot mode right now. He knows what he is doing and leads by example. He doesn't need gyaan (sermons) but support which Ravi gives him in abundance," he said.

"You know the best part about Ravi. If a player is going through a rough patch, he is the man. Even if the player is not able to middle a single ball in the nets, Ravi would make him believe that he is as good as Brain Lara! Now that might sound ludicrous to an outsider but those who understand cricket know that this is man-management," he said.

He did not speak a word about Anil Kumble but had a subtle take on what is an ideal coach-captain relationship.

"If a coach, suppose is 50 years old and the captain is 28, it is the duty of the coach to understand the psyche of a 28-year-old and not the other way round. It doesn't work the other way. Not in cricket at least."

Will he become the bowling coach of the Indian team if offered the role?

"No such plans as of now. Yes, I will do a bit of coaching and commentary but if you are talking about Indian team, no such thoughts till 2019 World Cup. After that, let's see what happens."

People remember him for his 6/23 against England in Durban where he hardly put a foot wrong. But can just one night's performance describe him?

"Sports is nothing but moments. People remember that night. I would like them to remember me as an honest trier. Ek aisa shaqs jisne seekh ke khela nahin par khelke ke seekha (a person, who didn't learn and play but played and learnt)," he replied.

Comments
Topics mentioned in this article
India Cricket Team New Zealand Cricket Team Ashish Nehra Green Park, Kanpur India vs New Zealand Cricket
Get the latest updates on T20 World Cup, check out the T20 World Cup Schedule and Live Score . Like us on Facebook or follow us on Twitter for more sports updates. You can also download the NDTV Cricket app for Android or iOS.