Afghanistan vs Zimbabwe: Afghanistan beat Zimbabwe by 49 runs to complete a 3-0 series sweep as Asghar Afghan became the most successful T20I captain. 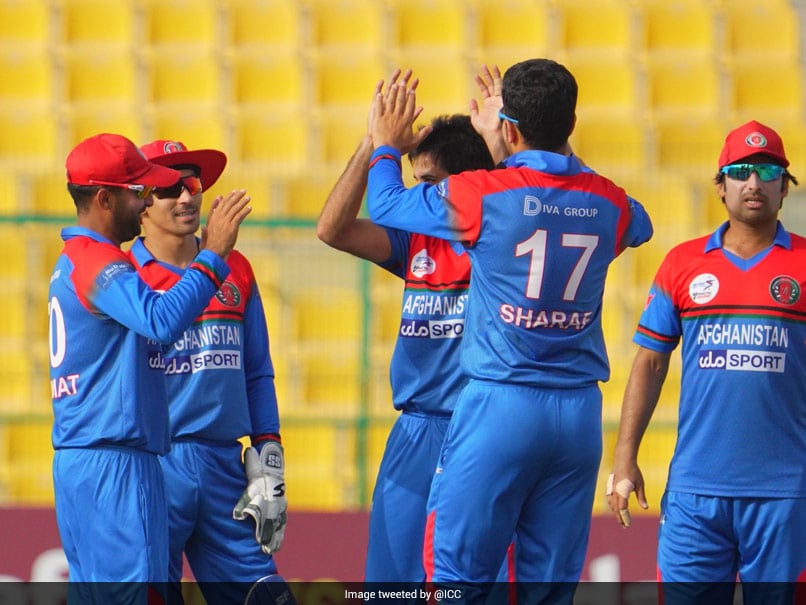 Afghanistan beat Zimbabwe by 49 runs in the third T20I.© Twitter

Najibullah Zadran hit a career best 72 as Afghanistan completed a 3-0 clean sweep over Zimbabwe with another dominant 47-run win in the third and final Twenty20 international (T20I) in Abu Dhabi on Saturday. The left-hander hit five sixes and as many boundaries in his 35-ball knock which built the foundation of another impressive Afghan total of 183 for seven in 20 overs at Sheikh Zayed Stadium. The victory makes Asghar Afghan the most successful captain in all T20 T20Is with 42 wins in 52 matches, passing India's MS Dhoni who won 41 out of 72.

Zimbabwe struggled in reply as they slipped to 56 for five in the 11th over.

Sikandar Raza, 41 not out, and Ryan Burl, 39 not out, combined for an unbroken sixth wicket partnership of 80 but never came closing to matching threatening the Afghan total as they ended on 136-5 in 20 overs.

Raza hit two boundaries and a six in his 29-ball knock while Burl smashed three sixes and a boundary in his 31-ball innings.

Opener Tarisai Musakanda scored a 28-ball 30 with three boundaries and a six.

Allrounder Karim Janat was the pick of Afghanistan bowlers with 2-34.

Earlier, Zadran and Asghar added 59 for the fifth wicket to lift Afghanistan's total who batted after winning a third toss in succession.

Zadran improved on his previous best of 69 not out made against the same opposition at Dhaka in 2019.

Asghar smashed two sixes and a boundary in a robust 12-ball innings of 24.

Opener Usman Ghani hit four boundaries and a six in his 31-ball 39 while Janat scored 14-ball 21 with a six and two boundaries.

Afghanistan won the first match by 48 runs and second by 45 runs, also at the same venue.

Asghar Afghan Cricket
Get the latest updates on IPL Auction 2023 and check out  IPL 2023 and Live Cricket Score. Like us on Facebook or follow us on Twitter for more sports updates. You can also download the NDTV Cricket app for Android or iOS.