Arjun Tendulkar instigated a middle-order collapse for Delhi as they pursued a first innings total of 453 posted by Mumbai. 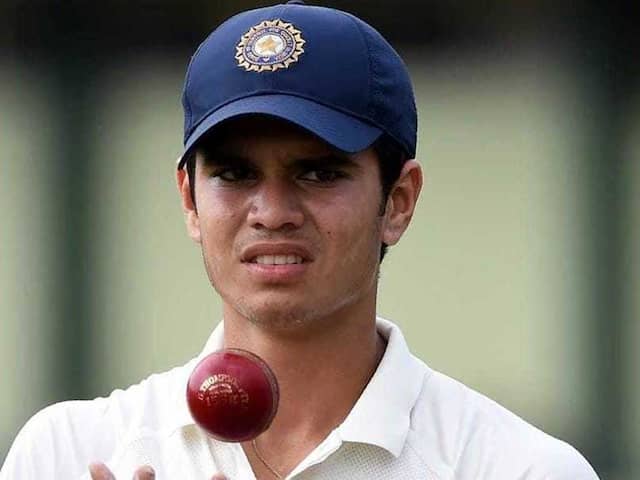 Arjun Tendulkar is again back in the spotlight for a fine bowling performance. This time around, he picked a five-wicket haul for Mumbai U-19 against Delhi in a Cooch Behar Trophy fixture at the Feroz Shah Kotla Stadium, New Delhi. Arjun, 19, son of cricketing icon Sachin Tendulkar, didn't quite perform well with the new ball but ensured a middle-order collapse for Delhi, who went from 274/2 to 346/9. At the end of day's play, Delhi had reached 394/9 in 130 overs. Arjun's final figures were 5/98 in 29 overs.

For Delhi, Gagan Vats scored a century and Priyansh Arya made 152, as the hosts tried to narrow the gap between them and Mumbai's first-innings total of 453. Tendulkar's wickets comprised Vaibhav Kandpal (5), after which he was on a hat-trick after picking two successive wickets of Gulzar Sandhu and Hrithik Shokeen.

Arjun's fifth wicket was that of tail-ender Prashant Bhati.

Last month, it was Arjun's fiery five-wicket spell (5/30) that helped Mumbai thrash Gujarat by nine wickets in the Round 2, Elite Group A and B clash between Gujarat and Mumbai in the Vinoo Mankad Trophy U-19 One-Day tournament.
Arjun ripped apart the Gujarat top order batsmen with his brilliant bowling. He sent back Gujarat's Vardhman Dattesh Shah (0), Priyesh (1), LM Kocher (8), Jaymeet Patel (26) and Dhruvang Patel (6). He bowled 8.2 overs with a maiden and gave away only 30 runs.

Earlier in September, Arjun was selected in the India U-19 squad for the Youth Test-series against Sri Lanka and ended up claiming a wicket in his first over of that match.