Alyssa Healy caught a cricket ball dropped by a drone from 82.5 metres. 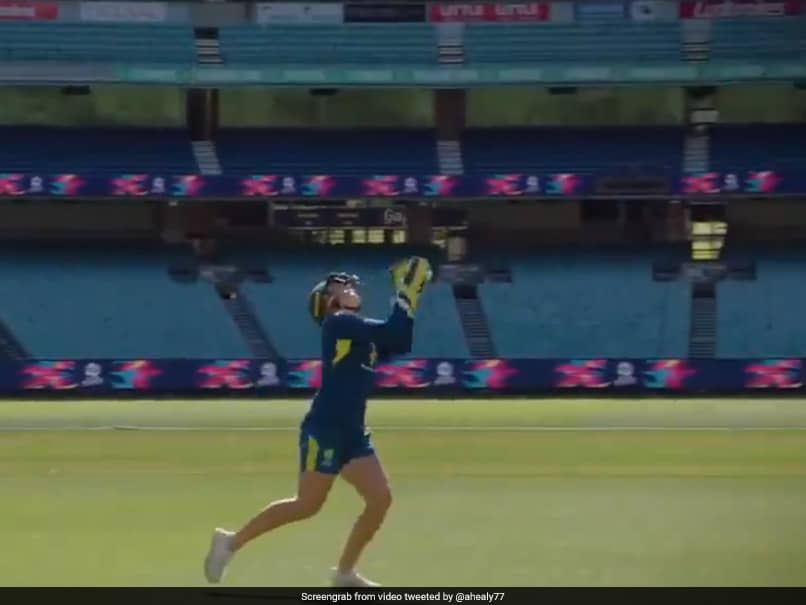 Alyssa Healy was adjudged the ICC T20 International Player of the Year in 2018.© Twitter

Australian woman cricketer Alyssa Healy created history on Thursday after she claimed an 82.5-metre-high catch at the Melbourne Cricket Ground (MCG) to set a new world record. Wicket-keeper Alyssa Healy, who was adjudged the ICC T20 International Player of the Year in 2018, did magic with her gloves on the third and final attempt to claim the Guinness World Record title for the 'highest catch of a cricket ball'. The 28-year-old shared the video of the act on Twitter, saying: "The irony that it was me under the high ball was not lost..... Was a fun morning and a pretty cool experience!"

Healy also asked her fans to register record footfall in the ICC Women's T20 World Cup in Australia next year. "Make sure you get your tickets and join in on a World Record," she said in the tweet.

The irony that it was me under the high ball was not lost.....
Was a fun morning and a pretty cool experience!

Make sure you get your tickets and join in on a World Record!! You can watch the full video here: https://t.co/SJuJJTG9Am pic.twitter.com/xriwbIjXkP

Healy is a winner of four previous T20 World Cups. With Australia set to host the women's cricket mega event, starting February 21, 2020, Healy believes that her record will inspire the country to cheer for the Southern Stars.

"It's a nice correlation between what the ICC and Cricket Australia are trying to work towards in breaking the world record for attendance at a women's sporting fixture for the final on International Women's Day," Healy said as quoted by the ICC.

"It was a thrill to be part of a world record so, for everyone out there in Australia and around the world that wants to do the same thing, it's easy for everyone to jump online and buy tickets to be part of something special. Hopefully the whole of Australia get behind it," Healy added.

Earlier, the highest catch was taken from 62 metres height by Kristan Baumgartner in the United Kingdom in 2016.