Smriti Mandhana moved up three spots in the batters ODI rankings to reach the top spot. 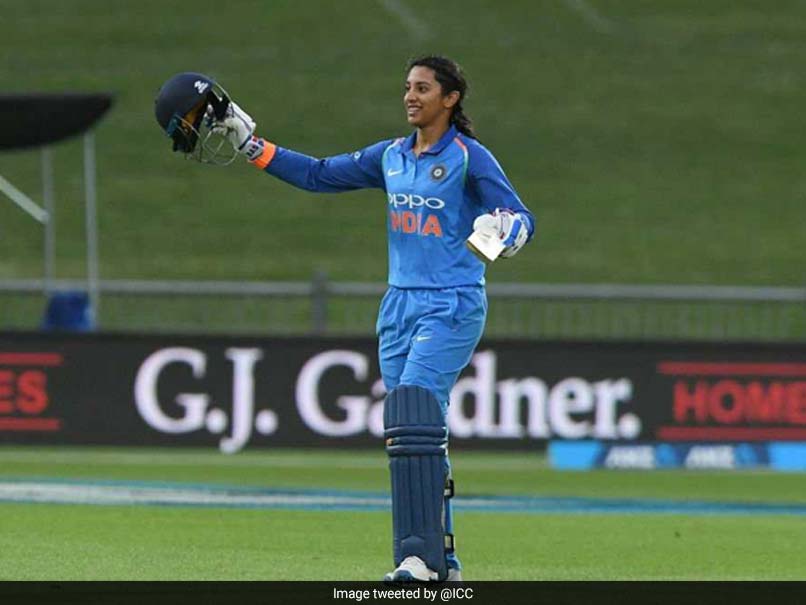 Smriti Mandhana played some match-winning knocks in India's spectacular 2-1 win over hosts New Zealand in the ODI series. In the series in New Zealand, scored her fourth ODI century and an unbeaten 90 in the first two matches respectively to grab top spot in the ICC ODI Rankings for Women's batters. Smriti Mandhana's exploits against New Zealand helped her jump three places, leapfrogging Australians Ellyse Perry and Meg Lanning to the the number one ranking. Indian women's team ODI captain Mithali Raj dropped down a place to fifth losing her spot to Amy Satterthwaite, the New Zealand captain who flew up 10 places to No.4.

According to an International Cricket Council (ICC) statement, it was fine recognition for Smriti Mandhana, who has been in an exemplary form in the one-day format.

In the 15 ODIs Smriti Mandhana has played since the beginning of 2018, she has scored two centuries and eight half-centuries.

Smriti Mandhana's opening partner Jemimah Rodrigues was another Indian to rise in the rankings. She has played just seven ODIs since making her debut in March 2018, but a half-century in the first ODI at Napier helped the 18-year-old to rise 64 places to the 61st spot in the rankings.

New Zealand captain Amy was another one to catch the eye. Her rise in the rankings is attributed to consecutive half-centuries in the series against India, and four in all in her last 10 ODIs.

Amy's fellow batter Suzie Bates, whose half-century in Hamilton propelled New Zealand to victory in the third ODI, rose one place to No.6.

Among the bowlers, there was less activity in the rankings. But there was good news for India's spin trio -- Deepti Sharma, Poonam Yadav and Ekta Bisht.

Veteran fast bowler Jhulan Goswami, whose 3/23 in the second ODI set up the series win, rose one place to No.4 and is the highest-ranked Indian in the top five, with Pakistan's Sana Mir, Australia's Megan Schutt and South Africa's Marizanne Kapp figuring above her.

There was largely no change among the all-rounders. Australia's Ellyse Perry still tops the all-rounders' charts. Apart from Sophie Devine, who moved up one place to No.9, and pushed down Deandra Dottin to No.10, there was no change in the top 10.

Australia Women Smriti Mandhana Mithali Raj Cricket
Get the latest updates on IPL 2021, check out the IPL 2021 Schedule and Indian Premier League Live Score . Like us on Facebook or follow us on Twitter for more sports updates. You can also download the NDTV Cricket app for Android or iOS.