India spinner Ravichandran Ashwin shared a video of him having a conversation with New Zealand bowler Ajaz Patel who had recently joined the "elite 10-fer club" in Test cricket. 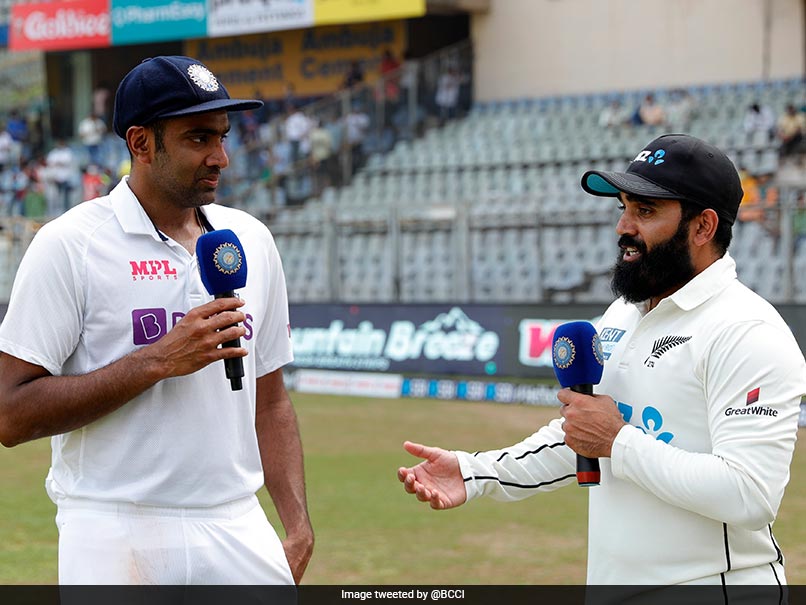 India spinner Ravichandran Ashwin has shared a video of him having a conversation with New Zealand bowler Ajaz Patel who had recently joined the "elite 10-fer club" in Test cricket. In the video, Patel speaks about the bowlers he enjoys watching. Ajaz said that he loved watching Sri Lanka's left-arm spinner Rangana Herath and see him bowl was a "a treat" for him while growing up. He said that he also enjoyed watching Wasim Akram and Daniel Vettori bowl.

"#DRSwithAsh is back! In today's episode, I have a chat with the man who recently joined the elite 10-fer club: #AjazPatel. Early life, migration to NZ, fav IPL team, fav batters, bowlers he enjoys watching & his entire cricketing journey," Ashwin wrote on Koo with a video of him chatting with Ajaz Patel.

"Wasim Akram, when I was younger, I used to love watching him bowl and Daniel Vettori just for his control. His (Vettori) control was phenomenal and to this day I look at him and I just think wow," he added.

Ajaz is only the third bowler in the history of the game after Jim Laker and Anil Kumble to pick all 10 wickets in a single innings in Test cricket.

The left-arm spinner had achieved the feat during the Mumbai Test against India earlier this month.

Ravichandran Ashwin Ajaz Patel Cricket
Get the latest updates on IPL Auction 2023 and check out  IPL 2023 and Live Cricket Score. Like us on Facebook or follow us on Twitter for more sports updates. You can also download the NDTV Cricket app for Android or iOS.