Jason Holder, Nicholas Pooran and Kieron Pollard fielded with masks on their faces in the second ODI against Afghanistan in Lucknow. 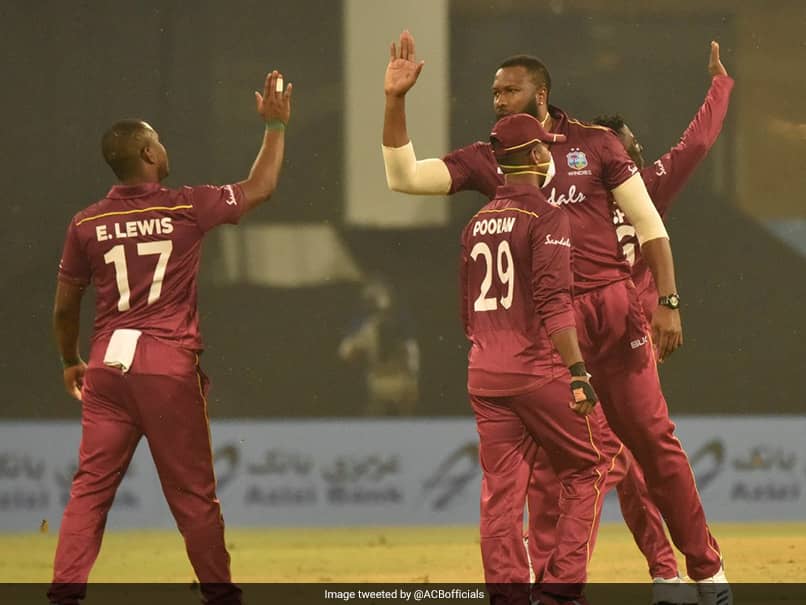 The West Indies players wore masks to protect themselves from moths in the second ODI vs Afghanistan.© Twitter

Afghanistan are hosting the West Indies for a three-match One-Day International(ODI) series in Lucknow. During the second ODI, the West Indies players were seen playing with masks. Jason Holder, Nicholas Pooran and Kieron Pollard fielded the majority of the match with masks on their faces. Earlier, the first T20I between India and Bangladesh in Delhi was in jeopardy due to the deterioration in the air quality in the national capital post Diwali. However, in Lucknow, it was moths that forced the West Indies players to wear masks.

Moths stop play? Perhaps one day soon! This is the #AFGvWI day-night ODI in Lucknow. Those fluttering black things (also parked en masse on the turf) aren't little birds. They're moths. I wonder if they'll affect the #INDvsBAN Test in Kolkata. @BCCI, any anti-moth measures? pic.twitter.com/Tdo0E1PyBL

In the match, Afghanistan won the toss and opted to field. Evin Lewis and Nicholas Pooran hit half-centuries for the visitors as the West Indies managed to put 247 for nine on the board in their 50 overs.

For Afghanistan, Naveen-ul-Haq was the pick of the bowlers. He finished with figures of three for 60 in nine overs.

Chasing 248 to stay alive in the series, Afghanistan were off to a bad start as they lost Javed Ahmadi in the first over. Rahmat Shah and Hazratullah Zazai then steadied the ship for the hosts with a 53-run stand.

A mix-up in the middle opened the door for the West Indies and they kept on taking wickets at regular intervals.

The hosts were bundled out for 200 and with the win, the West Indies took an unassailable lead of 2-0 in the three-match series. The final ODI will be played on Monday.

Nicholas Pooran Cricket
Get the latest updates on India vs Australia Series, check out the India vs Australia Schedule for 2020-21 and Ind vs Aus live score . Like us on Facebook or follow us on Twitter for more sports updates. You can also download the NDTV Cricket app for Android or iOS.