Afghanistan vs West Indies: Kieron Pollard hilariously pulled out of his run-up after umpire called a no-ball for over-stepping during the third ODI against Afghanistan. 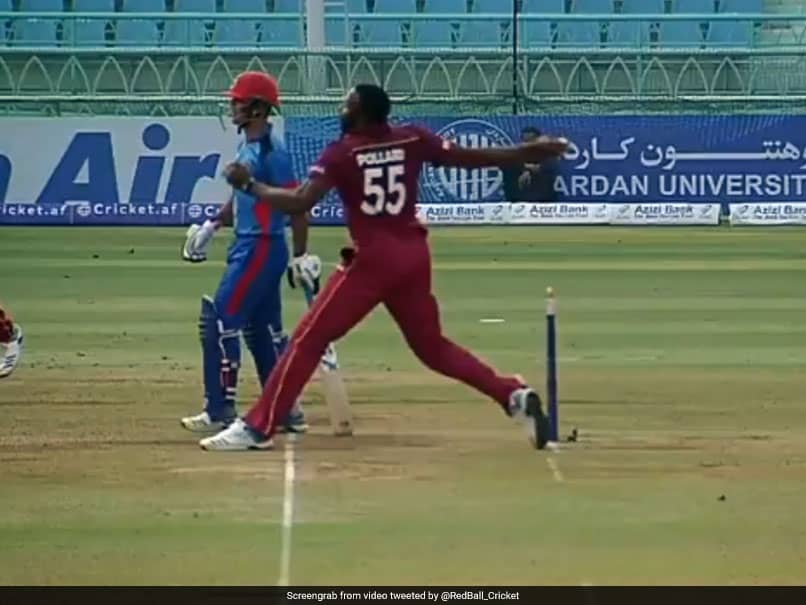 Kieron Pollard, the West Indies captain, hilariously pulled out of his run-up.© Twitter

Kieron Pollard, the West Indies captain, hilariously pulled out of his run-up after the umpire signalled a no-ball for over stepping during the third One-day International (ODI) against Afghanistan in Lucknow on Monday. The incident took place in the 25th over of the Afghanistan innings, forcing the umpire to change his decision from no ball to dead ball. Kieron Pollard went on to concede five runs in that over without getting any wicket.

Pollard went wicketless in the match, conceding 20 runs from the five overs he bowled. However, his decision to bowl after winning the toss turned out to be fruitful as the West Indies chased down the target of 250 runs with eight ball to spare.

With the bat, Pollard played a quick-fire knock of 32 runs from 26 deliveries, which was laced with one boundary and two hits over the fence. Opener Shai Hope was the highest scorer for the West Indies in the match as he scored 109 runs to the lay the foundation in the chase for his side.

West Indies swept the ODI series 3-0. They are next slated to play Afghanistan in a three-match Twenty20 International (T20I) series starting from Thursday. It will be followed by a one-off Test series which commences from November 27.

All the matches of the T20I and Test series will be played at the Bharat Ratna Shri Atal Bihari Vajpayee Ekana Cricket Stadium in Lucknow.