"Can Get Back In WI Colors": Dwayne Bravo's Congratulatory Message For New Captain Kieron Pollard

Kieron Pollard takes over the ODI captaincy from Jason Holder, who continues as Test skipper, and T20I leadership from Carlos Brathwaite. 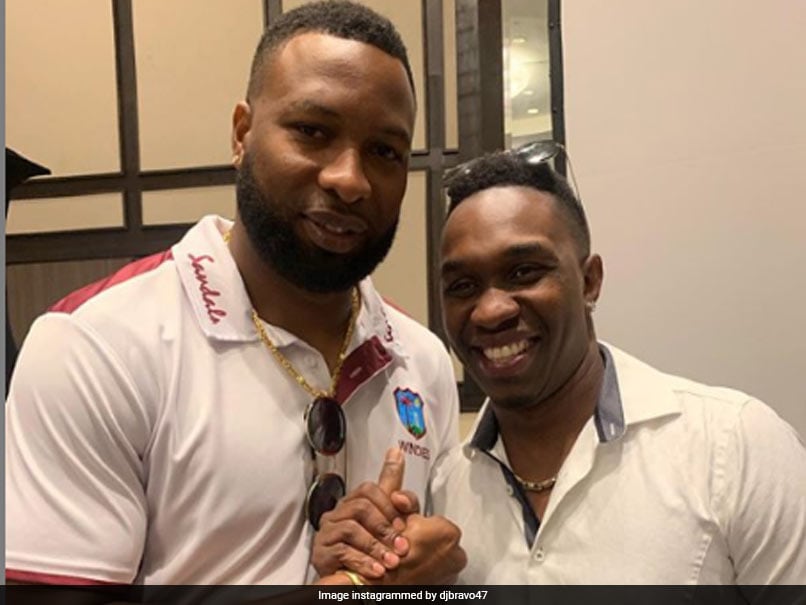 Dwayne Bravo, who retired from international cricket in October 2018, expressed his desire to don the West Indies colours again after Kieron Pollard was named as the new limited overs captain on Tuesday. The 32-year-old all-rounder takes over the ODI captaincy from Jason Holder, who continues as Test skipper, and T20I leadership from Carlos Brathwaite. After the news broke, Dwayne Bravo didn't take much time to congratulate Kieron Pollard, posting a few pictures with the tall Trinidad batsman.

"Congratulations my friend @kieron.pollard55 on being appointed WI captain you deserve it and u will be a great leader hopefully I can finally get back in WI colors again. #Champion," Dwayne Bravo said with laughing emojis, indicating that it could be just a joke.

Congratulations my friend @kieron.pollard55 on being appointed WI captainyou deserve it and u will be a great leader hopefully I can finally get back in WI colors again #Champion

Bravo's former West Indies teammate Samuel Badree echoed his sentiments as he commented on the post: "We will make a comeback."

Badree too followed it up with a laughing emoji.

Pollard acknowledged Bravo's post with a reply, "Thanks soldier". 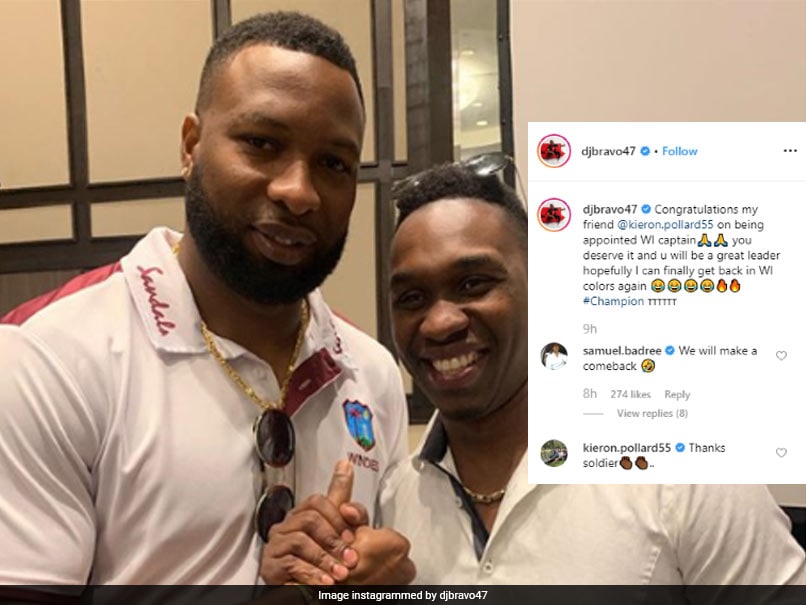 In the 2019 World Cup, the West Indies finished in ninth place in the league stage, only a place above Afghanistan in the 10-nation round-robin tournament.

With the 2020 T20 World Cup approaching, the West Indies don't want to lose the title that they won in 2016 in India.

After his appointment, Pollard said: "In the short term as Captain, the immediate aim is to defend the T20 World Cup. One of the discussions I hope to have is to bring back the idea of specialists playing in their best positions

"I've played franchise all over the world and I hope to use this experience to help the West Indies in my role as captain," he added.

Pollard's first assignment as limited overs captain will begin from November 5, when they face Afghanistan, for a full series in Dehradun.

Samuel Badree
Get the latest updates on IND vs NZ 2021, check out the Schedule and Live Score . Like us on Facebook or follow us on Twitter for more sports updates. You can also download the NDTV Cricket app for Android or iOS.