Bangladesh made the joint second highest successful run-chase in a World Cup match and the highest against West Indies in the tournament history. 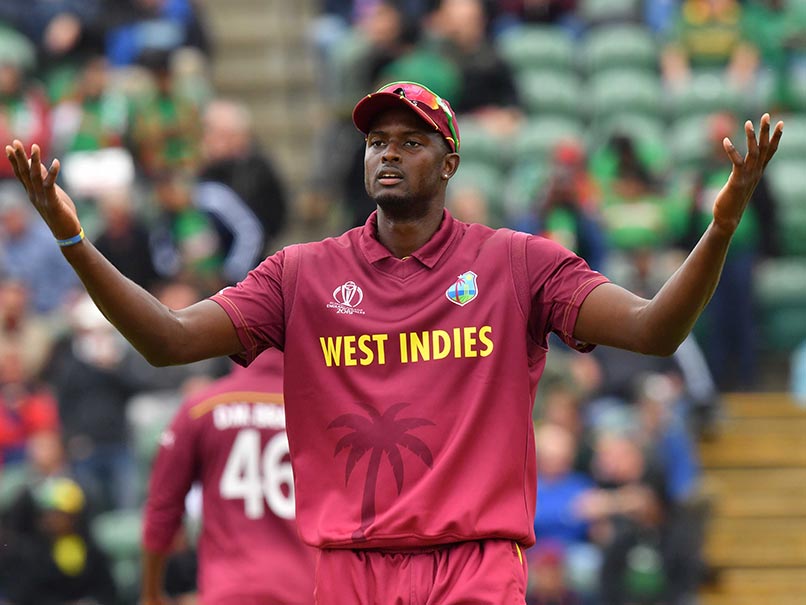 West Indies skipper Jason Holder came down heavily on his team's all-round effort after a poor show against Bangladesh in the World Cup 2019 clash on Monday. Jason Holder said that runs were not enough as they were 40-50 runs short in a batting friendly wicket in Taunton and batsmen will be blamed for the seven-wicket defeat. Put into bat, Windies came through from early struggles and managed to post 321/8 in their full quota of 50 overs at the Cooper Association County Ground on Monday. Bangladesh, however, rode on brilliant knocks from Shakib al Hasan (124*) and Liton Das (94*) and chased down the target with more than 50 balls to spare. It was the the joint second highest successful run-chase in a World Cup match and the highest against West Indies in the tournament history.

"We were around 40-50 runs short, the wicket played well the entire day just that we didn't get enough runs," said Holder in the post-match presentation ceremony.

"Having said that, we could have been a lot more disciplined with the ball and we let ourselves down in the field as well.

"(It) would have been a little challenging in the first 10 overs after losing the toss and being asked to bat. Having said that, we got through the first 10 overs reasonably well. We were in a situation where we just didn't get the momentum as we probably should in the middle-overs with the bat and we had too much to do in the back-end," he added.

He also rued the fact that his bowlers could not manage to get wickets and also the fielding let them down.

"We didn't get wickets, and also we let one or two chances slip. We tried to hit the top of the stumps but didn't do it consistently. There is no excuse. We should have been a lot more disciplined," he said.

Meanwhile, Bangladesh skipper Mashrafe Mortaza believed the game turned in their favour once Andre Russell was dismissed for a duck by Mustafizur Rahman.

The left-arm pacer removed the big-hitting Russell in the 40th over to put the brakes on the Windies innings, post which they lost track and were restricted to 321.

"I think the turning point was the two wickets that Mustafizur got - Russell getting out in the first over," Mortaza said.

Once the bowlers had done their bit, Bangladesh, with an experienced batting lineup, chased down the target without any hiccups and make sure they gain two crucial points and remain in contention for making it to the semi-finals.

"Shakib (Al Hasan) has delivered for the team in this World Cup. Hopefully, he will keep going and the rest of the boys will join him. Mushfiqur was outstanding in the first two games, Tamim (Iqbal) was excellent today and Soumya (Sarkar) got a good start as well. Liton (Das) has normally batted in the top three and it was a tough ask for him to bat at number five, but he did the job."

Windies will now face New Zealand on Saturday at the Old Trafford while Bangladesh will lock horns with Australia on Thursday at Trent Bridge.

County Ground Taunton World Cup 2019 West Indies vs Bangladesh, Match 23 Cricket
Get the latest updates on ICC Women's Cricket World Cup 2022 and IPL 2022, check out the Schedule , Live Score and IPL Points Table. Like us on Facebook or follow us on Twitter for more sports updates. You can also download the NDTV Cricket app for Android or iOS.