Ireland trail by 120 runs with eight wickets in hand after the team's battling line-up crumbed against the Afghan spin attack on day one. 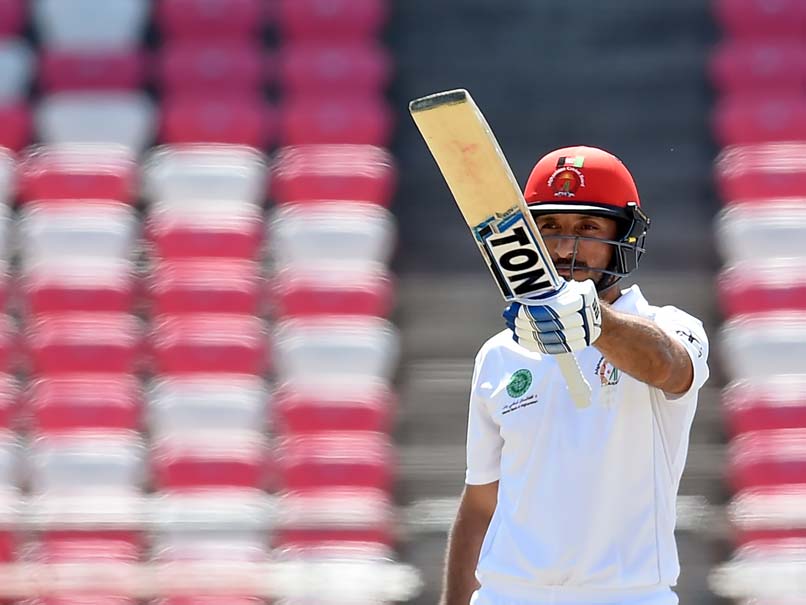 Afghanistan batsman Rahmat Shah fell two runs short of his maiden Test century as he guided his team to a 142-run first innings lead over Ireland on the second day of the one-off Test match on Saturday. The Irish team lost captain William Porterfield in the closing hour of the game at 22/1 after Afghan batsmen had dominated the day in the north Indian city of Dehradun. Maiden half-centuries by Asghar Afghan, with 67 runs, and Hashmatullah Shahidi (61) piled up 314 all out in reply to 172 from the visitors.

Afghanistan resumed the day's play at 90/2 with Shah (22) and Shahidi (13) sharing a second day 124-run stand for the third wicket before Andy McBrine picked up Shahidi.

Shah continued his journey towards scoring the first ever Test century for the team but his innings ground to a halt at 98 off 214 balls when he chopped on a delivery by Tim Murtagh.

Murtagh, who saved the day for Ireland in the first innings after scoring an unbeaten maiden Test half century at number 11, had bowling figures of 1/33.

Ireland trail by 120 runs with eight wickets in hand on day three of the match after the team's battling line-up crumbed against the Afghan spin attack on day one.

Stuart Thompson picked three for 28, including the wicket of all-rounder Mohammad Nabi for nought. McBrine took 2 for 77.

Andy Balbirnie (14) and Paul Stirling (8) were out at the crease at the close of the play, with Afghan bowler Yamin Ahmadzai ending the day at 1/9.

Both sides are playing their second Test after making their debut in the five-day format last year.

Afghanistan lost to India inside two days in Bangalore while Ireland went down to Pakistan in Dublin.

Ireland Cricket Team Rashid Khan Cricket Rahmat Shah Afghanistan vs Ireland, One-off Test
Get the latest updates on IND vs NZ 2021, check out the Schedule and Live Score . Like us on Facebook or follow us on Twitter for more sports updates. You can also download the NDTV Cricket app for Android or iOS.