Afghanistan Score 278 In 20 Overs, Topple Records In 2nd T20I vs Ireland In Dehradun

Afghanistan broke a few records in the second T20 International against Ireland in Dehradun on Saturday. 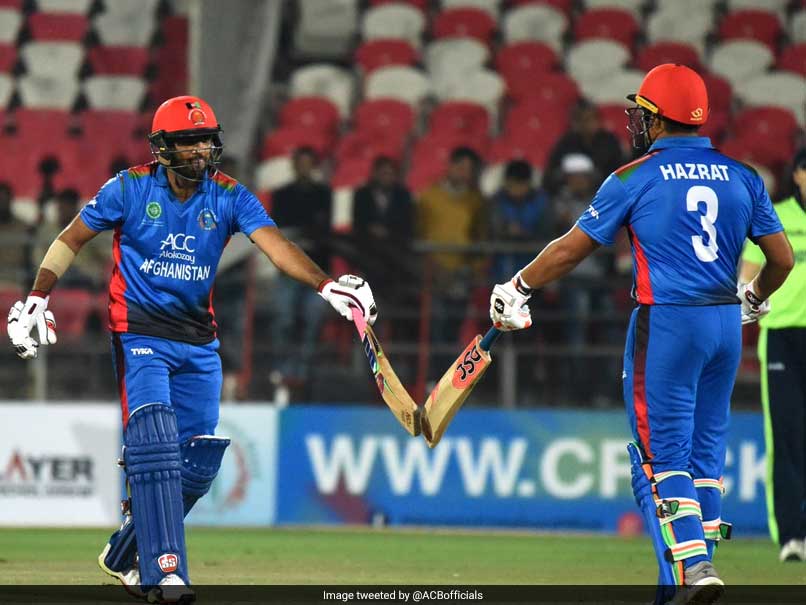 Afghanistan smashed a few records in Twenty20 International cricket as they posted a mammoth total of 278 for three in their allotted 20 overs against a struggling Ireland team in the second T20I of the three-match series in Dehradun on Saturday. With this, Afghanistan surpassed the record-highest T20I total of 263/3 by Australia, which they posted against Sri Lanka at Pallekele in 2016. After opting to bat, Hazratullah Zazai and Usman Ghani established a new record for the opening-wicket partnership with a 236-run stand at the Rajiv Gandhi International Cricket Stadium. In the end, Hazratullah Zazai scored an unbeaten 162 off 62 balls with 16 sixes, another record, and 11 fours in a free hitting innings.

Ireland made 194/6 to lose by 84 runs, their second straight defeat in the three match series.

Zazai made his century off just 42 balls, the second quickest in T20 internationals, completed with the ninth six of his innings.

Four of the sixes came off Kevin O'Brien in the 17th over, which reaped 28 runs in all.

In the series-opener, Mohammad Nabi and Najibullah Zadran stitched an unbeaten 86-run stand for the sixth-wicket to lead Afghanistan to a five-wicket win at the same venue.

All-rounder Mohammad Nabiwas unbeaten on 49 runs off 40 balls as Afghanistan chased down the small target with four balls to spare.

Ireland Cricket Team Cricket Afghanistan vs Ireland, 2nd T20I
Get the latest updates on SA vs IND 2021-22, check out the Schedule and Live Score . Like us on Facebook or follow us on Twitter for more sports updates. You can also download the NDTV Cricket app for Android or iOS.