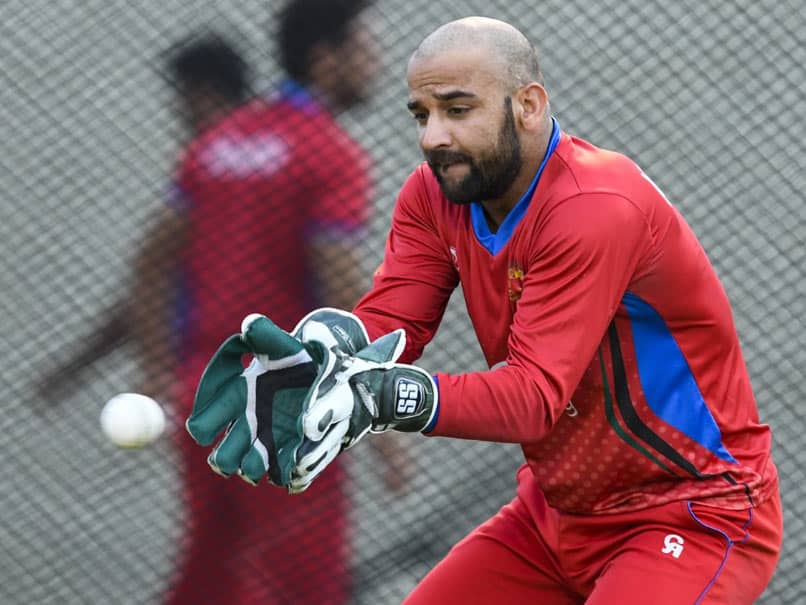 Shafiqullah Shafaq played the last of his 46 T20I for Afghanistan in September 2019.© Twitter

Afghanistan wicketkeeper-batsman Shafiqullah Shafaq was banned from all forms of cricket for six years on Sunday after accepting charges relating to match-fixing. The Afghanistan Cricket Board (ACB) said the 30-year-old had fixed or tried to fix matches in the inaugural Afghanistan Premier League T20 in 2018 and in the 2019 Bangladesh Premier League. "Shafaq has been charged for breaches of the anti-corruption code which relates to fixing or contriving in any way or otherwise influencing improperly, or being a party to any agreement," the ACB announced in a statement.

It added: "Shafaq was also charged for seeking, accepting, offering or agreeing to accept any bribe or other reward to fix or to contrive in any way or otherwise to influence improperly the result, progress, conduct or any other aspect of any domestic match."

But this is the first case involving a player from Afghanistan since the country had a fairytale rise in international cricket in 2009.

ACB's senior anti-corruption manager, Sayed Anwar Shah Quraishi said: "This is a very serious offence where a senior national player is involved in the corruption of a high-profile domestic game. The player had also attempted but failed to get one of his teammates to engage in corruption in another high-profile game during the BPL 2019," said Qureshi.

The ACB said Shafaq is willing to contribute to future integrity education programs to help younger players learn from his mistakes.

Shafaq played the last of his 46 Twenty20 internationals for Afghanistan in September last year.

He has also played 24 one-day internationals for his country.

Afghanistan Shafiqullah Shafaq Cricket
Get the latest updates on IPL 2020, check out the IPL Schedule for 2020 and Indian Premier League (IPL) Cricket live score . Like us on Facebook or follow us on Twitter for more sports updates. You can also download the NDTV Cricket app for Android or iOS.