The Indian Cricketers' Association (ICA) has raised Rs 24 lakh to help around 30 former players who are in dire need of funds amid the ongoing nationwide lockdown. 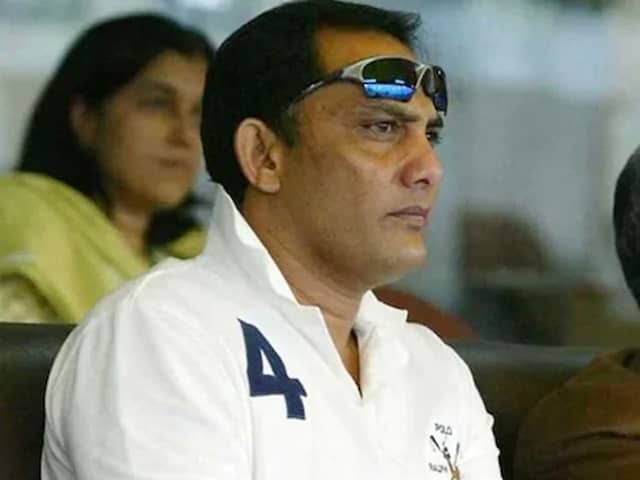 Mohammad Azharuddin has pledged to donate Rs one lakh to help the players in need.© AFP

The Indian Cricketers' Association (ICA) has raised Rs 24 lakh to help around 30 former players who are in dire need of funds amid the ongoing nationwide lockdown, a drive that has also found support from former captain Mohammad Azharuddin. The decision to help the needy cricketers was taken at an ICA online meeting last Wednesday, its second since the coronavirus-forced lockdown was enforced.

"Every player has contributed as per his capability. The most important thing is we made the appeal on Friday evening and by today, we have raised Rs 24 lakh," ICA president Ashok Malhotra told PTI.

Of the total amount raised so far, Rs 10 lakh is ICA's contribution.

Former India skipper Azharuddin has pledged to donate Rs one lakh, along with former pacer Rajinder Singh Ghai, who also donated similar amount, while former players such as Anshuman Gaekwad and Shanta Rangaswamy have also come forward to help with financial aid.

"This means people are connected to this initiative. And I am sure the amount will increase in the coming days so that we are able to help more players," Malhotra said.

"Till now we are saying that we will try to help 25-30 needy players but if the amount increases, then we can help more number of players. Players settled abroad have come forward in a big way. They will continue the drive till May 16."

Malhotra, a fairly successful former first-class cricketer, said he is disappointed by the "lack of involvement of the big guns of Indian cricket."

As many as 1750 former cricketers are registered with the ICA, India's first-ever players' association which came into being last year.

The ICA had received an initial grant of Rs 2 crore from the BCCI in February to kick-start its operations.

At the moment, the BCCI only provides pension to cricketers who have played more than 25 first-class games.

The ICA wants that cricketers who have played more than 10 games, should also be included in the pension scheme.

Comments
Topics mentioned in this article
Cricket Mohammad Azharuddin
Get the latest Cricket news, check out the India cricket schedule, Cricket live score . Like us on Facebook or follow us on Twitter for more sports updates. You can also download the NDTV Cricket app for Android or iOS.