AFG vs IRE: Rahmat Shah remained unbeaten on 103 from 109 balls as Afghanistan reached the target of 260 with 28 balls to spare, taking an unassailable 2-0 lead in the series. 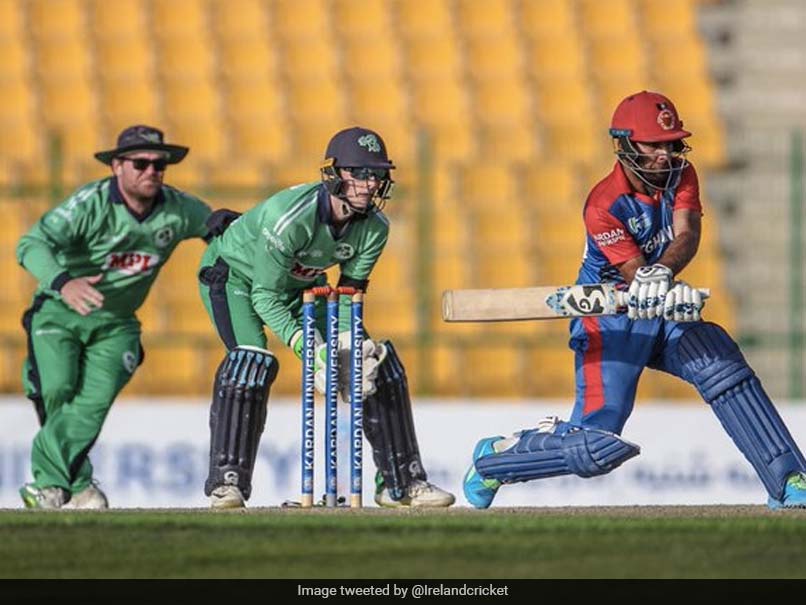 AFG vs IRE: Afghanistan defeated Ireland by seven wickets to take a 2-0 lead in the series.© Twitter

Rahmat Shah smashed an unbeaten century to guide Afghanistanto a seven-wicket victory over Irelandin their second one-day international in Abu Dhabi. Rahmat hit two sixes and 10 fours in his 103 from 109 balls as the Afghans reached their victory target of 260 with 28 balls to spare, taking an unassailable 2-0 lead in the series.

Rahmat was backed up by Hashmatullah Shahidi, whose 82 from 100 balls, saw the duo put on 184 for the third wicket.

Afghanistan skipper Asghar Afghan pitched in with an unbeaten 21 to help his side to victory.

Naveen-ul-Haq claimed Stirling's wicket, ending with 4-42 off his 10 overs.

Paul Stirling Cricket
Get the latest updates on IPL Auction 2023 and check out  IPL 2023 and Live Cricket Score. Like us on Facebook or follow us on Twitter for more sports updates. You can also download the NDTV Cricket app for Android or iOS.