The Delhi High Court on Friday directed that the order of ombudsman of the DDCA asking journalist Rajat Sharma to continue in his role as president should be abided by. 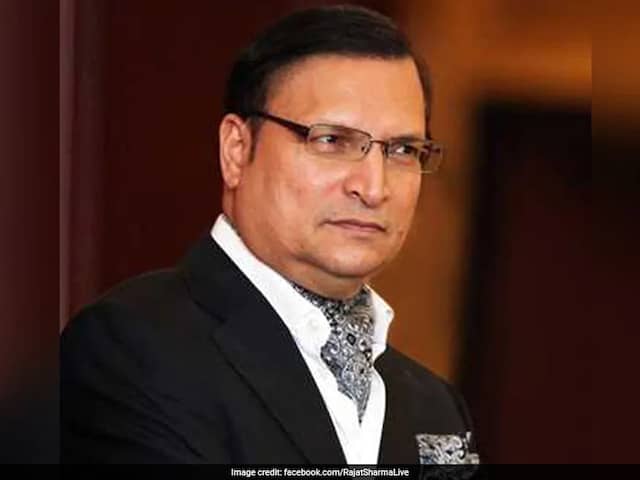 Rajat Sharma had filed his resignation as DDCA president.© Facebook

The Delhi High Court on Friday directed that the order of ombudsman of the DDCA asking journalist Rajat Sharma to continue in his role as president should be abided by. On November 17, Delhi and District Cricket Association (DDCA) Ombudsman Justice (Retd) B D Ahmed asked Sharma, who had resigned the previous day, to continue to discharge his duties as the president of the body till further orders. Disposing off a plea filed by a DDCA member seeking direction to the Centre, the cricket body and its directors to enforce the ombudsman's order, Justice Jayant Nath said the DDCA members should abide by the said order.

Petitioner Sidharth Sahib Singh, a member of DDCA and a former cricketer, claimed he was aggrieved by the illegal actions of certain directors of the cricket body and had approached the ombudsman with a complaint on November 17.

On the complaints made by him and some other members of DDCA, the ombudsman passed an interim order to avoid the collapse of management and functioning of the association and stayed the three resolutions passed by certain directors.

The ombudsman had directed that all those persons who had tendered their resignations shall continue to discharge their duties in the interest of the game of cricket and no further resolution in this regard be sought to be passed by members of the Apex Council without the ombudsman's permission and without following proper procedure.

The hearing of the complaints will take place before the ombudsman on November 27.

The petition, filed in the high court through advocate T Singhdev, said that even after passing of the order by the ombudsman, in complete defiance of the same, the erring directors continued to act as per their whims and fancies.

The erring directors called for an illegal meeting of the Apex Council on November 19 to discuss the agenda which was kept in abeyance by the ombudsman, the plea alleged.

It sought direction restraining the directors from acting in contradiction to the ombudsman's order and to forthwith comply with the November 17 order in its true letter and spirit.

"A situation of confusion and anarchy prevails as these defying directors have taken over DDCA and are not allowing the President and other executives to discharge their duties in terms of the November 17 order passed by the ombudsman.

"There is a complete breakdown of machinery in DDCA and neither the Central Government nor the Registrar of Companies or any other authority has taken any action or interfered in the matter thus leading to a situation where the order of the authority appointed under the direction of the Supreme Court and this court are not being complied with," the plea said.