Australia's limited-overs skipper Aaron Finch on Tuesday highlighted Cameron Green, Josh Philippe, and Jhye Richardson as potential talents who are on the radar for the 2023 World Cup. 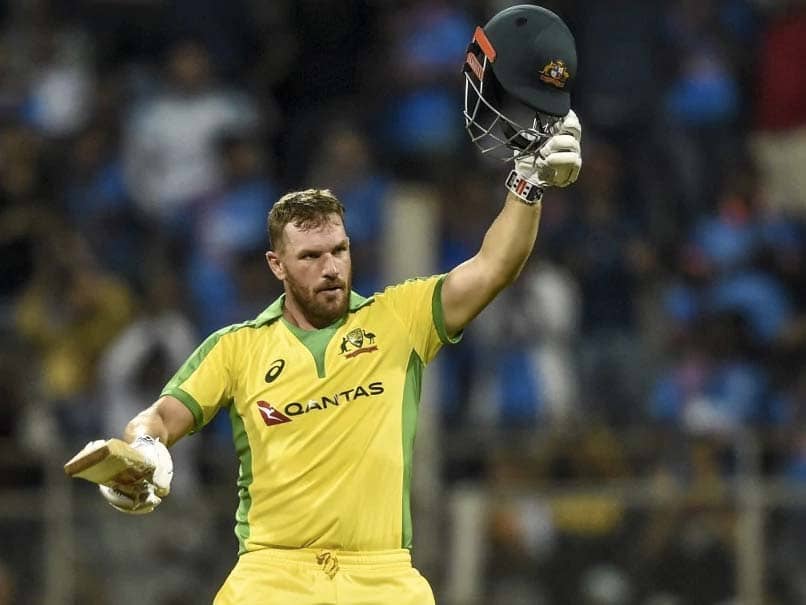 Aaron Finch was mighty impressed with the young Australian talents coming up the ranks.© AFP

Australia's limited-overs skipper Aaron Finch on Tuesday highlighted Cameron Green, Josh Philippe, and Jhye Richardson as potential talents who are on the radar for the 2023 World Cup. Finch wants things to be a little different this time as Australia looks to groom potential talent for the 50-over World Cup. "That's what we're going to work out over the next month or so. We'll sit down and really drill into numbers and how we feel the game is going to head over the next couple of years and what we need to do as a team. There's obviously a lot of youngsters who have performed really well," cricket.com.au quoted Finch as saying.

"Look at Cameron Green - Painey was talking about him last week and his rise and dominance he's had in state cricket in the past 12 months in particular. He's such a young guy and I think that potential is huge," he added.

Wicket-keeper batsman Josh Phillipe has made a huge impact in the Big Bash League (BBL) for the Sydney Sixers and he was the Player of the Match in the final of the tournament earlier this year.

On the other hand, the 23-year-old Richardson has already announced himself on the international stage and will be looking to return to action after having undergone another round of surgery on his right shoulder.

"Then you've got young batters, Josh Philippe and these guys. I think what's really important about them and Josh, in particular, is he dominated a Big Bash final," Finch said.

"But then you've got other guys who I can't wait to see back up and fire. Jhye Richardson; he's as exciting a young fast bowler as there is going around when he's firing. Having his shoulder redone again I think will be a good thing for him in the long run. It probably doesn't feel like it when he's going through his rehab again," he added.

Finch was last seen in action during the first ODI against New Zealand in March this year. After the first ODI, the rest of the two matches were postponed due to the coronavirus pandemic.

The first Test between England and West Indies will be played from July 8.

The ICC has also confirmed interim changes to its playing regulations, including the ban of saliva to shine the ball and allowing replacement of players displaying symptoms of COVID-19 during a Test match.

Aaron Finch Jhye Richardson Cricket
Get the latest updates on IPL 2021, IPL Points Table , IPL Schedule 2021 , live score . Like us on Facebook or follow us on Twitter for more sports updates. You can also download the NDTV Cricket app for Android or iOS.