Ross Taylor was awarded the Sir Richard Hadlee Medal in a virtual ceremony held online because of COVID-19 restrictions. 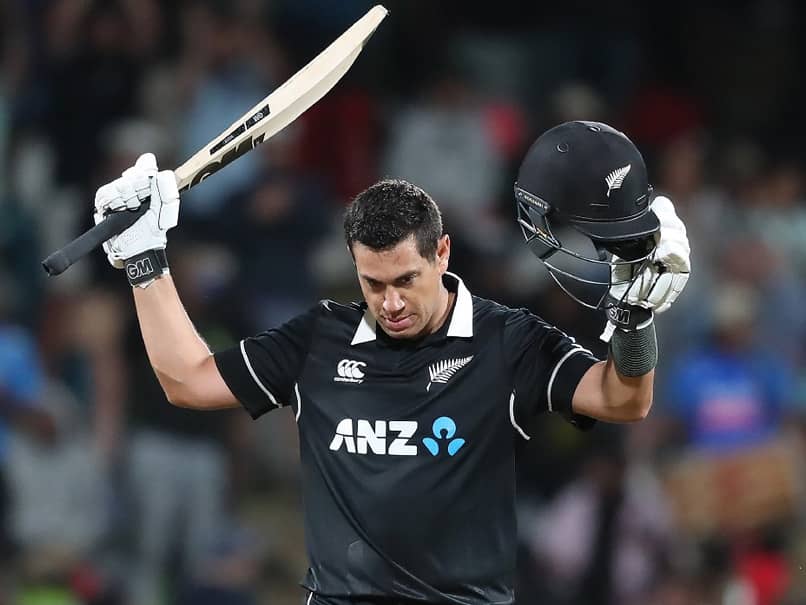 Ross Taylor vowed to bat on until the 2023 ODI World Cup in India.© AFP

Veteran batsman Ross Taylor won New Zealand Cricket's top award for the third time on Friday and vowed to bat on until the 2023 World Cup in India. The 36-year-old was awarded the Sir Richard Hadlee Medal in a virtual ceremony held online because of COVID-19 restrictions. Ross Taylor was a key part of the Black Caps' run to a second consecutive World Cup final last July, where they lost to England on the back of an obscure boundary countback rule. In the past 12 months, he also became New Zealand's most prolific Test run-scorer and entered the record books as the first cricketer to play 100 internationals in all three formats.

"It's been an amazing year, it's been full of ups and downs," he said.

After back-to-back defeats in World Cup deciders, Taylor is hoping it's third time lucky as he targets the 2023 tournament to be held in India.

"The biggest thing, I think, is the hunger and the mental motivation to keep getting better, if that's still there then age is just a number," he told reporters.

Taylor said he would remain with the Black Caps as long as he felt he deserved his spot and was contributing to the team.

Ross Taylor Richard Hadlee Cricket
Get the latest updates on India vs Australia Series, check out the India vs Australia Schedule for 2020-21 and Ind vs Aus live score . Like us on Facebook or follow us on Twitter for more sports updates. You can also download the NDTV Cricket app for Android or iOS.