'A Memorable Experience,' Hardik Pandya Says On Completing One Year In Test Cricket

Hardik Pandya notched up a crucial half-century against Essex in the three-day practice match. 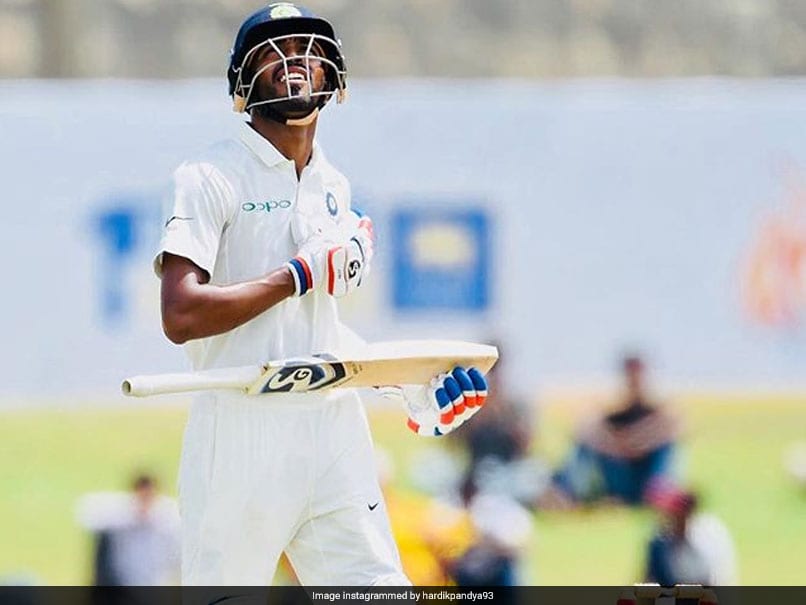 Hardik Pandya has proved to be a vital cog in the Indian cricket team.© Instagram

Hardik Pandya, who has proved to be a vital cog in the Indian cricket team as an all-rounder in all three formats of the game took to social media on Friday to mark his one-year anniversary in Test cricket. The Barodian middle-order batsman, who made his debut in the longest format of the game in Sri Lanka has featured in 7 Tests for the national team. In doing so, Pandya has notched up 368 runs at an average of 36.38 with his highest score of 108 runs. As far as his bowling credentials are concerned, the 24-year-old has scalped seven wickets in as many matches. Pandya took to Instagram and said, "#OnThisDay last year: TEST From debut in to now in it's been a memorable experience so far."

#OnThisDay last year: TEST From debut in to now in , it's been a memorable experience so far.

Greeting him on the occasion a heap of fans poured in with their heartfelt congratulatory messages for the all-rounder.

One of his teenage fan, who remarks herself as Pandya's biggest fan said, "@hardikpandya93 sirrr I am ur biggest fan (age 14*)........... ALL the very best for the upcoming matches sir I know this time u Will rock with ur bat and ball too........ love u sir my best wishes are always with u which u need the most?? sir u r my idol my inspiration.... I am not having any word to say that how much I have for you respect u........... that no one will understand.... I know for u no one exits named Nitya how is your die heart fan, it hurts alot but truth is alway bitter no one can change.... but the thing is that I love u."

Pandya (51 runs), who notched up a crucial half-century for India against Essex in the three-day practice match, where many key visiting batsmen failed to leave a mark, will be next seen in action in the first game of the five-match Test series against England that is slated to get underway from August 1 at the Edgbaston in Birmingham.

India Cricket Team Hardik Pandya Cricket
Get the latest updates on Fifa Worldcup 2022 and check out  Fifa World Cup Schedule, Stats and Live Cricket Score. Like us on Facebook or follow us on Twitter for more sports updates. You can also download the NDTV Cricket app for Android or iOS.