Sri Lanka captain Dinesh Chandimal denied tampering with the ball by using a sweet in his pocket before his team raced into a substantial 287-run lead on the fourth day of the second Test against the West Indies on Sunday. 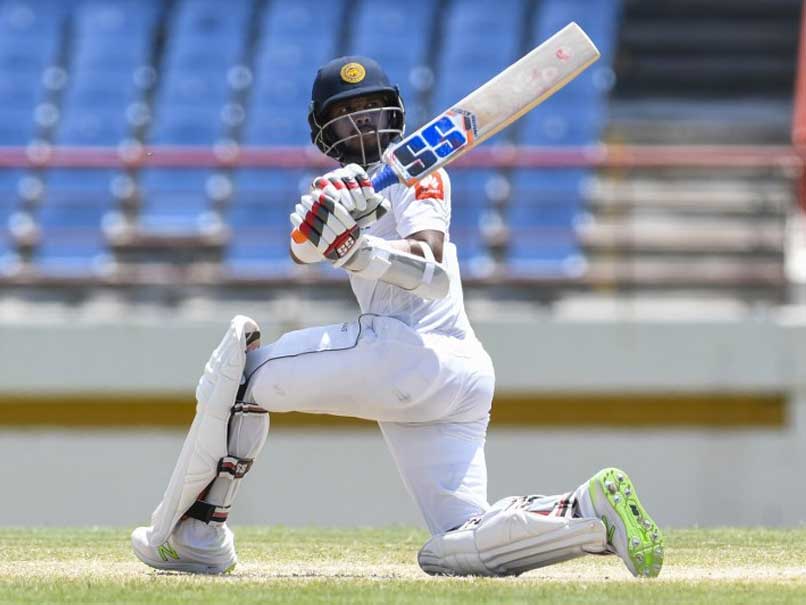 Sri Lanka captain Dinesh Chandimal denied tampering with the ball by using a sweet in his pocket before his team raced into a substantial 287-run lead on the fourth day of the second Test against the West Indies on Sunday. Following the controversy of day three, when the start of play was delayed by two hours with the Sri Lankan captain refusing to lead his team onto the field for the continuation of the West Indies first innings, the International Cricket Council confirmed a charge of "altering the condition of the ball" -- effectively ball tampering -- against Chandimal.

Match officials charged Chandimalafter television footage from the final session's play on Friday appeared to show the captain taking sweets out from his left pocket and putting them in his mouth, before applying the artificial substance to the ball which the umpires viewed as an attempt to change its condition.

Chandimal will face a hearing at the end of the Test on Monday.

If found guilty, he could be suspended from the third and final Test of the series, beginning in Barbados on Saturday.

While the ICC's cricket committee has recommended increasing the punishment for ball tampering to a ban of four Tests or eight one-day internationals, that suggestion has yet to be ratified.

The allegations echoed a 2016 controversy when South Africa captain, Faf du Plessis, was fined 100 per cent of his match fee after being caught on camera applying sugary saliva from a mint in his mouth to the ball during a Test in Australia.

Despite being at the centre of the storm, the Sri Lankan skipper put aside that immense distraction in supporting the in-form Kusal Mendis in a fifth-wicket stand of 117 that helped lift the visitors from the depths of 48 for four to 334 for eight in their second innings and a lead of 287 by the close of play on Sunday.

Chandimal eventually fell for 39 in the afternoon session but Mendis continued to anchor the Sri Lankan middle-order rally with a top score of 87.

There was further resistance in an innings of 62 from Niroshan Dickwella and 48 from Roshen Silva which tilted the balance of the match in Sri Lanka's favour.

Once again Shannon Gabriel was the spearhead of the West Indies bowling effort, his figures of six for 57 giving him ten wickets in a Test for the first time.

As well as they played, both Mendis and Chandimal had their moments of luck in the morning session.

Mendis touched a leg-side delivery from Jason Holder through to wicketkeeper Shane Dowrich when on 14 but was reprieved as the West Indies captain had overstepped the front crease.

Gabriel, who appeared to have solved his perennial no-ball problem in his first innings haul of five for 59, committed the indiscretion again when he should have had Chandimal, on 21, fending a lifting delivery to Shai Hope at gully.

That incident actually would not have transpired had the West Indies reviewed a not out verdict by umpire Gould to a leg-before appeal by Gabriel to Chandimal just two deliveries earlier.

Television replays showed that the on-field decision would have been reversed with a challenge from Holder.

Dinesh Chandimal Kusal Mendis Shannon Gabriel
Get the latest updates on India vs South Africa and check out  Schedule, Results and Live Score. Like us on Facebook or follow us on Twitter for more sports updates. You can also download the NDTV Cricket app for Android or iOS.