Match officials charged Dinesh Chandimal with changing the condition of the ball after video footage appeared to show him applying artificial substance to the ball. 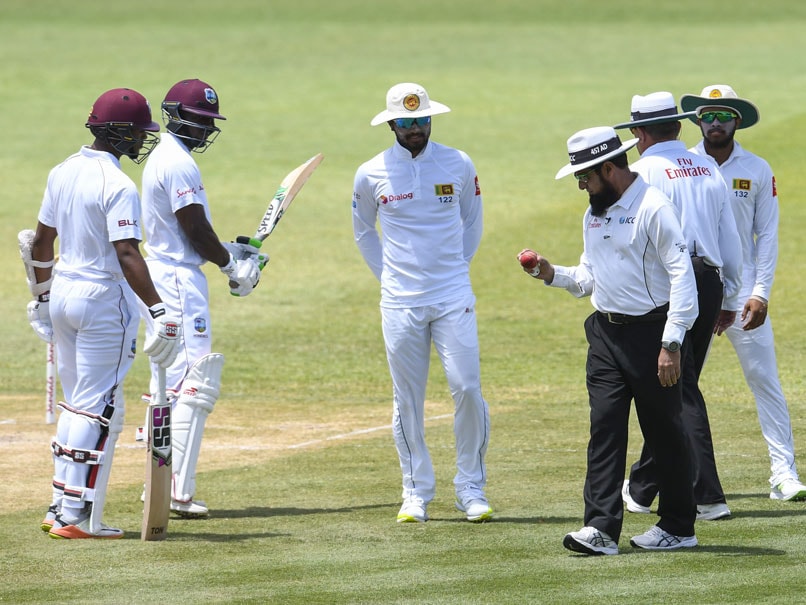 Sri Lanka captain Dinesh Chandimal on Sunday denied the ball-tampering charge levelled against him by the International Cricket Council (ICC). Javagal Srinath of the Emirates Elite Panel of the ICC Match Referees will now hold a hearing after the ongoing Test between West Indies and Sri Lanka concludes at St Lucia. "Dinesh Chandimal has pleaded not guilty to breaching Article 2.2.9 of the ICC Code of Conduct and, as such, Javagal Srinath of the Panel of ICC Match Referees will hold a hearing following the conclusion of the St Lucia Test against the Windies," said an ICC statement.

On-field umpires Aleem Dar and Ian Gould, and third umpire Richard Kettleborough, all from the Emirates Elite Panel of ICC Umpires, had charged Chandimal after play on Saturday for changing the condition of the ball in breach of clause 41.3 of the ICC Standard Test Match, ODI and T20I Playing Conditions.

Match officials charged the Sri Lankan captain after television footage from the final session's play on Friday appeared to show the Sri Lankan captain taking sweets out from his left pocket and putting those in his mouth, before applying the artificial substance to the ball which the umpires viewed as an attempt to change its condition.

According to the ICC press release, video evidence will be used in the hearing. The hearing will be attended by the match officials as well as members of the Sri Lanka team management.

All level 2 breaches carry an imposition of a fine between 50 percent to 100 percent of the applicable match fee and/or up to two suspension points, and three or four demerit points.

Dinesh Chandimal Cricket
Get the latest updates on India vs South Africa and check out  Schedule, Results and Live Score. Like us on Facebook or follow us on Twitter for more sports updates. You can also download the NDTV Cricket app for Android or iOS.