"She Is Worthy": Chris Hemsworth's Tweet For Mirabai Chanu Is A Winner 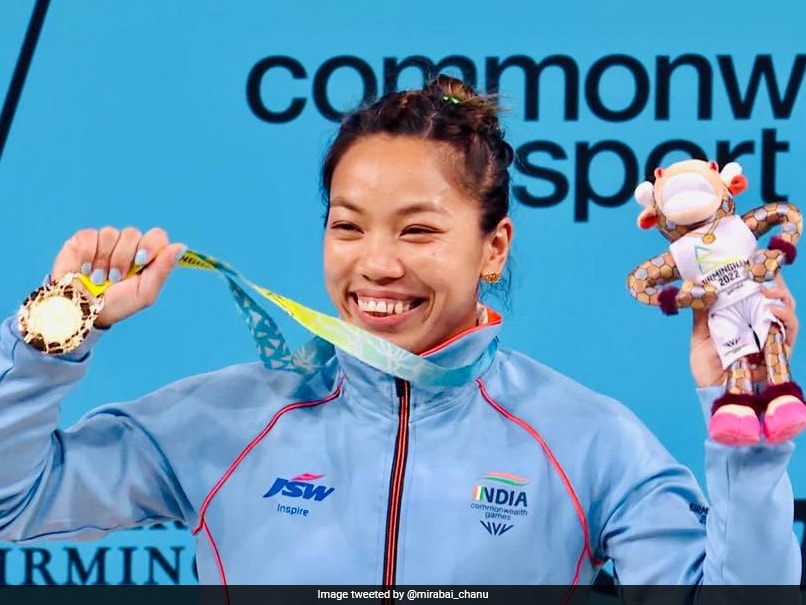 Mirabai Chanu with her gold medal at the Commonwealth Games 2022.© Twitter

Chris Hemsworth, who plays the character of 'Thor' in the Marvel Cinematic Universe, came up with the ultimate praise for iconic Indian weightlifter Mirabai Chanu. Chanu, who won silver at the Tokyo Olympics last year, won gold in the women's 49kg category at the ongoing Commonwealth Games 2022 in Birmingham. Responding to a tweet saying "it's time for Thor to give up his hammer" with regards to Mirabai, the Hollywood megastar came up with a "worthy" response. "She is worthy! Congrats, Saikhom, you legend," Hemsworth tweeted.

She is worthy! Congrats, Saikhom, you legend.

The line borrows from his character in the MCU. In the movies, Thor's hammer, the Mjolnir, can only be picked up by those deemed "worthy".

In Birmingham, Mirabai was miles ahead of the competition as she picked up 88kg in snatch and 113 kg in clean and jerk.

Due to her excellent performance in the snatch round, which saw her set the new Commonwealth record, Mirabai needed to just complete her first attempt in the clean and jerk round and she did it with aplomb, lifting 105kg.

Assured of gold, she went on to lift 113kg in her second attempt. She tried 119kg in her third, but could not complete the lift, but it mattered little as she secured her second gold medal in the Commonwealth Games.

The highlight of her career came last year in Tokyo as she became India's first silver medallist in weightlifting at the Olympic Games, bettering the bronze medal won by Karnam Malleswari in Sydney 2000.

Comments
Topics mentioned in this article
Mirabai Chanu CWG 2022 Weightlifting Social
Get the latest updates on Fifa Worldcup 2022 and check out  Fifa World Cup Schedule, Stats and Live Cricket Score. Like us on Facebook or follow us on Twitter for more sports updates. You can also download the NDTV Cricket app for Android or iOS.