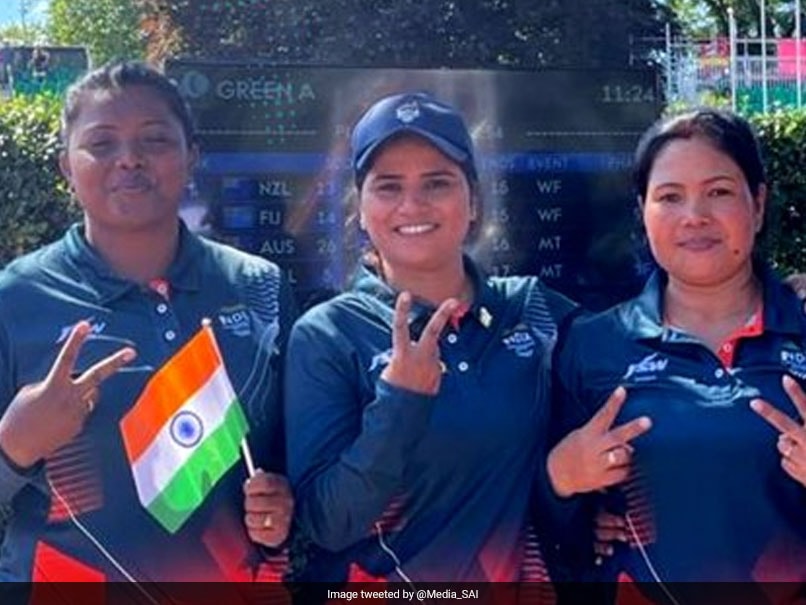 The Indian women's fours team of lawn bowls made history on Tuesday by bagging a gold medal in the Commonwealth Games 2022, being played in Birmingham. It came as an unprecedented feat as this was the first time India secured a medal in the lawn bowls event. Team India that comprised of Lovely Choubey, Pinki, Nayanmoni Saikia and Rupa Rani Tirkey defeated South Africa 17-10 in the summit clash. Earlier, they had defeated New Zealand in a thrilling semi-final match.

Talking about the women's fours final, India had a decent start to the match. They gained the first point after one end of throws but South Africa took the lead soon after and made it 2-1. India then equalised and put up a dominating show to not only lead in the match but also extend the advantage to 8-2 in their favour after seven ends of throws.

After this, South Africa bounced back and levelled the scores at 8-8 after 10 ends of throws. They even went on to take a two-point lead after the following end. The Indian players didn't lose heart and first equalised by 12 ends of throws. They then gained the lead by being 12-10 ahead after 13 ends of throws. In the rest two ends too, they were India who dominated and gained another 5 points to finish the match 17-10 in their favour.

Have a look at how Twitter reacted to the historic feat:

1st Ever in #LawnBowls at #CWG2022
Women's Fours team win it's 1st CWG medal, the #GoldMedalby defeating South Africa!!
Congratulations to our team for taking the sport to a new level...#Cheer4India#India4CWG2022 pic.twitter.com/BZqSPaVGvp

Heartiest congratulations to #TeamIndia for bagging the historic Gold in Lawn Bowls at the Commonwealth games. Many more glorious moments to come for this team. pic.twitter.com/zAkDfmYP8Z

A Historic Gold for India in #CommonwealthGames Lawn Bowls!

Sponsored by Vuukle
Comments
Topics mentioned in this article
CWG 2022 India Lawn Bowls Lovely Choubey Pinki Nayanmoni Saikia Rupa Rani Social
Get the latest updates on IPL Auction 2023 and check out  IPL 2023 and Live Cricket Score. Like us on Facebook or follow us on Twitter for more sports updates. You can also download the NDTV Cricket app for Android or iOS.