HS Prannoy's run till the quarter-finals of the All England Champipnship promises good things at the Commonwealth Games. 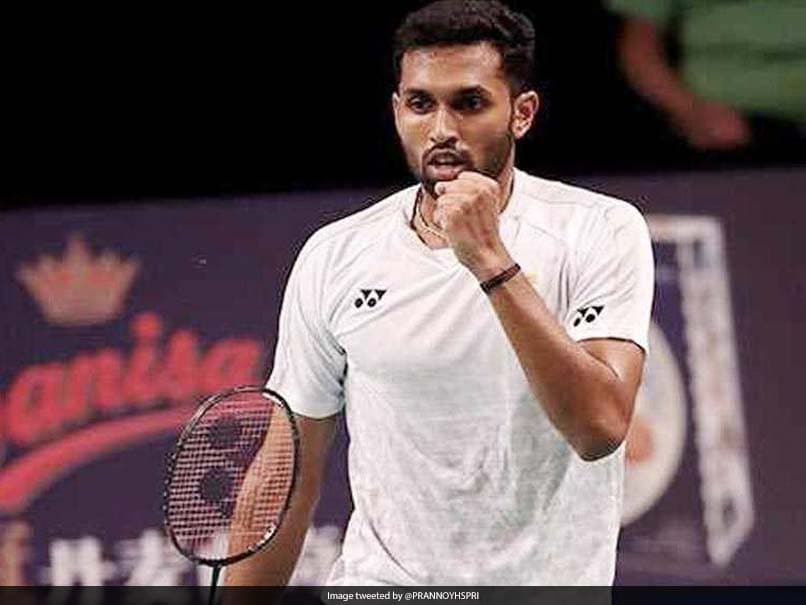 HS Prannoy has set his eyes on the coveted gold in the 2018 Gold Coast Commonwealth Games.© AFP

HS Prannoy has set his eyes on the coveted gold in the 2018 Gold Coast Commonwealth Games and his performance at the recently-concluded All England Badminton Championships was proof enough. Prannoy first broke into the badminton circuit in 2010 when he won a silver medal in boys' singles at the Summer Youth Olympics. Despite the early prominence, Prannoy's journey has been far from easy. Blessed by talent but cursed by injury, he has been inconsistent on the international circuit despite pulling off some sensational victories against the best of the world.

In 2015, Prannoy had managed to beat the then world No 2 Jan O Jorgensen of Denmark in three games and till date, he remains the only Indian to have defeated the Big Three -- Lin Dan, Lee Chong Wei and Chen Long, after which he was given the name 'giant-killer.'

Prannoy had his brightest time last year, not because he won many titles but because of his consistency. Despite his only win coming at the US Open Grand Prix against his compatriot Parupalli Kashyap, Prannoy's run to the semi-finals at French Open and then his commanding win against Kidambi Srikanth at the Nationals put him into direct spotlight.

Prannoy has been a consistent performer at India's very own Premier Badminton League (PBL). Apart from being one of the most successful players of the tournament, he holds the record of winning the most number of matches (10) on the trot. In the 2017-18 season of the PBL, his only loss came against Thailand's Tanongsak Saesomboonsuk.

By the end of 2017, Prannoy reached his career-high ranking of world No 10 but 2018 wasn't easy for him. He initially had to sit out due to foot injury only to make a stunning return at the All England.

Ahead of All England, Prannoy had said that he is only looking to perform well and get good match practice. In the first round, he beat the eighth seed Chou Tien Chen of Chinese Taipei to register one of the biggest wins of his career. He continued his sublime form but failed to conquer China's Huang Yuxiang in a closely-fought quarter-final.

Prannoy will surely take a lot of confidence from his performances at All England and will look to fly the Indian flag high at Gold Coast.

Comments
Topics mentioned in this article
HS Prannoy Badminton Commonwealth Games 2018
Get the latest updates on Olympics 2020, Olympics 2020 Medal Tally, Live Cricket Score . Like us on Facebook or follow us on Twitter for more sports updates. You can also download the NDTV Cricket app for Android or iOS.