All England Championships: HS Prannoy Through To Quarter-Finals, Kidambi Srikanth Out

HS Prannoy progressed to the All England Championships quarter-finals with a convincing win but Kidambi Srikanth lost his pre-quarters match to bow out of the tournament. 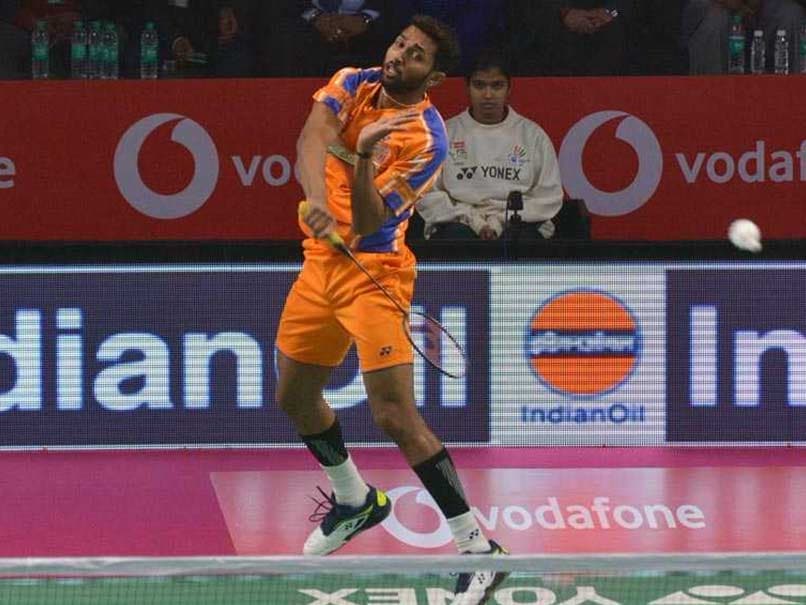 HS Prannoy will face Huang Yuxiang of China in the All England last eight.© PBL

It turned out to be a mixed day for Indian shuttlers at the All England Open Badminton Championships on Thursday. After Saina Nehwal's ouster on Wednesday, PV Sindhu gave India a winning start on Thursday by beating Nitchaon Jindapol of Thailand. HS Prannoy outclassed Indonesia's Tommy Sugiarto in straight games to also progress to the quarter-finals of the men's singles category. However, third seed Kidambi Srikanth could not emulate his compatriot and suffered a shock loss to Huang Yuxiang of China. Meanwhile, the Indian doubles teams didn't fare too well either with men's doubles pair of Satwiksairaj Rankireddy and Chirag Shetty going down to Danish second seeds Mathias Boe and Carsten Mogensen while the mixed doubles team of Pranaav Jerry Chopra and N. Sikki Reddy losing to second seeds Wang Yilyu and Huang Dongping of China.

Prannoy produced a stunning performance to completely outclass his Indonesian opponent, taking just 38 minutes to win 21-10, 21-19. Sugiarto took a 1-0 lead in the first game but that was it for the Indonesian as Prannoy won four points on the trot to take a 4-1 lead and from thereon in never looked back and comfortably won the first game.

The second game was a much closer affair as both players traded leads, pretty much from start to finish. At 16-13, the Indonesian shuttler held a slight advantage but Prannoy won four consecutive points to lead 17-16.

The two players were then locked at 19-19 but Prannoy managed to hold his nerve and won the required two points on the trot to reach the quarters.

For Srikanth, though, it was a completely different story. The Indian got off to a poor start and gave away wasy points to his opponent. Huang Yuxiang led from start to finish to easily win the first game 21-11.

The Indian, however, came roaring back and gave his Chinese opponent a dose of his own medicine, leading from start to finish to take the second game 21-15.

The third and final game was a complete contrast to the first two games with nothing to separate the two players. Huang took a 5-2 lead but three consecutive points got Srikanth level. It was a game of cat and mouse from there as both players traded leads till the very end.

Srikanth had two match points, leading the decider 20-18, however, Huang went on to win four consecutive points to not only wipe off Srikanth's lead but also secure the game and match.

Earlier in the day, Sindhu survived a scare to beat Jindapol of Thailand in the second round to proceed to the quarters of the tournament.

After winning the first game easily, Sindhu found it difficult to dominate her opponent and gave the second game away easily. In the third and last game, it was neck and neck till the end but at 18-18 Sindhu took three straight points to wrap up the issue.

Comments
Topics mentioned in this article
HS Prannoy Kidambi Srikanth PV Sindhu Saina Nehwal Badminton
Get the latest updates on Olympics 2020, Olympics 2020 Medal Tally, Live Cricket Score . Like us on Facebook or follow us on Twitter for more sports updates. You can also download the NDTV Cricket app for Android or iOS.