Viswanathan Anand was held to an easy draw by Dutch hopeful Jorden Van Foreest in the sixth round of Tata Steel Masters. 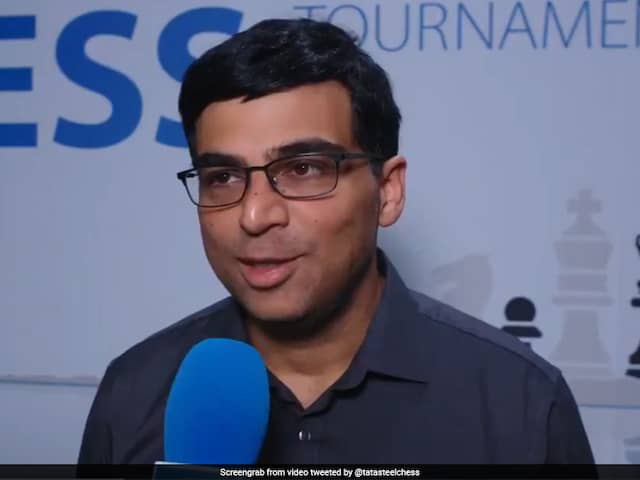 Five-time world champion Viswanathan Anand was held to an easy draw by Dutch hopeful Jorden Van Foreest in the sixth round of Tata Steel Masters in Wijk Aan Zee, The Netherlands, on Saturday. As has been the case throughout the event, Anand has been trying to play very complicated positions and the sixth round was no different. The Indian ace faced the Four Knights opening as black and unleashed an attack in the centre early by sacrificing two pawns. Even though it's part of theory, it is considered a bit dangerous for both. White's king was stuck around the centre for a long time while Anand's pieces tried to make a foray.

After the trade of queens, it was a cautious approach by both players especially after white lost back one pawn. The draw was agreed upon once Anand picked the second pawn.

With three points to his credit from six games, Anand remained in joint sixth spot in one of the strongest tournaments in the world.

With seven rounds still remaining, Anand, however, needs a very strong finish to be in with a chance of finishing on the podium. Magnus Carlsen's hunt for an elusive victory continued as he played out his sixth draw on the trot.

It was an 18th straight draw between him and Fabiano Caruana of United States in the Classical time control. Carlsen, known for his uncompromising play, has a lot to catch up.

FIDE representative Firouzja Alireza continued to share the lead with Wesley So of the United States in a day which just witnessed two decisive games.

Anish Giri of Holland bounced back from his previous round defeat to beat Vladislav Kovalev of Belarus while Daniil Dubov outplayed his Russian compatriot Vladislav Artemiev.

Both Alireza and Wesley are at four points and are now followed by Caruana, Foreest and Dubov. Anand and Carlsen are in the next pack of six players having three points each.

In the Challengers section, Surya Shekhar Ganguly slipped to joint second spot after a draw with local Grandmaster Jan Smeets.

Ganguly moved to four points while Pavel Eljanov of Ukraine caught Dutchman Max Warmerdam unawares to move up the leader-board on 4.5 points.

Young Indian GM Nihal Sarin played out a draw with Nodirbek Abdusattarov of Uzbekistan to reach three points in this section.